SANAA: A Better World Through Creativity

This artwork gives a voice to minority groups who are working on political, cultural and socially engaged street art - expressing themes such as rising racial tension, increasingly complex global politics and border control.

The artists are strong role models and leaders in their community, illustrating the power of art in changing lives and the abundance of artistic talent in East Africa. These creations seek to empower audiences, create awareness as well as advocacy for social change. 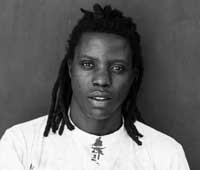 Onyis Martin is a visual and mixed media artist, rapidly gaining international recognition. Most recently awarded runner up in the Barclay’s Latelier - South Africa’s most prestigious art prize, his work delves into global concerns, not only affecting Africa, but the world as a whole. 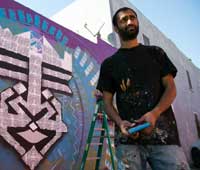 Wise Two is a visual and graffiti artist who has exhibited around the world, including a solo exhibition show in Paris. His artwork style is crafted on years of research on African stencil art and psychedelic patterns. 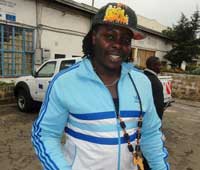 Bankslave is a visual and graffiti artist, well known for using art as a voice for social change - his messages are often political and he has made headlines in Kenya, for pushing boundaries using art as the catalyst. 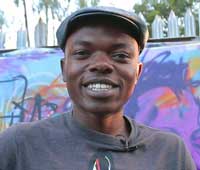 The final artist is Swift9, who will paint a mural of the late Nelson Mandela, who served as the Hawke Centre’s first International Patron (2001-2013), in the Kerry Packer Civic Gallery from 14 to 16 February.

Press: Graffiti artists spray city in colours for peace and unity
Press: taking art to the people
Press: The Power of Graffiti Art on Modern Kenya

In conjunction with the SANAA Exhibition at the Kerry Packer Civic Gallery, the Kenyan artists will transform a city street with spectacular mural art, to be launched with an African music, art, dance and cultural festival on Saturday 25 February, Eliza Street – Adelaide.

View a YouTube clip of Swift9 painting the mural of the late Nelson Mandela, who served as the Hawke Centre’s first International Patron (2001-2013).

This panel presentation, facilitated by Stephen Tongun, Adelaide local of Kenyan descent, gave the audience the opportunity to hear first-hand from these artists, who talked about their art journey.