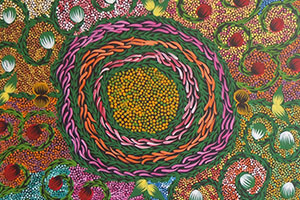 This exhibition is a collection of artworks from artists of Yuendumu who temporarily moved to Adelaide in late 2010. This period has been described by others, particularly mainstream media, as one of a community in conflict and exile.

The exhibition shows the other side of a story untold - the resilience of families who have painted throughout this time and upon return to their community. Bright, bold and beautiful are these artworks of Yuendumu. Through change, these artworks demonstrate there is also hope and strength.

Presented by RedBuilt Pty Ltd whose aim is to actively encourage and provide professional advisory, business and training support to individuals within communities to enable self empowerment to occur. 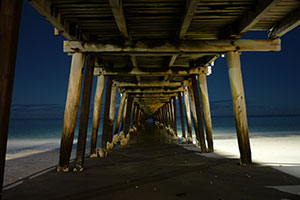 Alex Frayne is an award-winning South Australian film maker and photographer. He has had a long fascination with 'night-scapes' in Adelaide and on the Fleurieu Peninsula.

This exhibition displays a series of photographs which capture the solitude and affection the artist has towards the State. The images portray a sense of 'hauntedness' of the city at night. In playgrounds, on roadsides and in suburban streets, the feelings linger...

The exhibition complements the Come Out Festival's theme of 'belonging' providing a visual perspective of the artist's personal sense of 'place'. 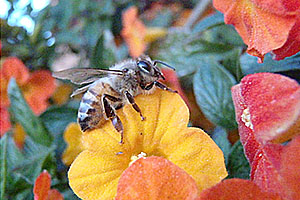 The photography and painting in this exhibition are the work of clients of the Hutt Street Centre, a frontline agency for homeless and vulnerable people in inner city Adelaide.

Hutt Street Centre offers an Education and Training program to help clients embark on pathways out of poverty and dependency. The program includes literacy, numeracy, computer skills, life story writing, a rock band, a community garden as well as photography and painting.

These emerging artists have engaged in mentored programs at HSC that support them creating artworks, editing and presenting, marketing and entering into business arrangements that may open up opportunities for their future. 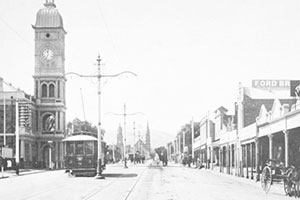 A Knight who made a difference: Sir ET Smith 1830-1919
The Hawke Centre is pleased to mark the 175th anniversary of the founding of the Province of South Australia and the About Time: South Australia's History Festival, running during May to 31 May by presenting this tribute to a notable South Australian citizen of our past.

This special exhibition celebrates the life and achievements of Sir ET Smith, one of Adelaide's great philanthropists. Born in Staffordshire, England in 1830, he arrived here in 1853 and became a partner in Edward Logues' brewery at Kent Town, which became one of the most successful brewing empires in Australia.

As Mayor of Kensington and Norwood from 1867 to 1873 he inspired and drove the modernisation of the municipality. He initiated a major infrastructure works program and revolutionised Adelaide's transport system and civic life in 1878 with the introduction of Australia's first urban horse-drawn tram system. He served in the state legislature, was patron of many clubs, and societies and was knighted in 1888 by Queen Victoria for his services to the colony.

This brief glimpse into this 19th century Renaissance man reveals the power of the well-motivated citizen, the extent of his cultural influence, and his remarkable legacy of built heritage, some of which still survives.

This exhibition has been developed and curated by Denise Schumann, Historical Consultant on behalf of the City of Norwood, Payneham & St Peters 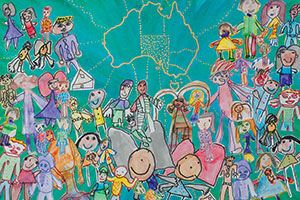 The Hawke Centre has been a regular supporter of Refugee Week drawing attention to the positive contributions made by refugees to Australia, and will again aid this important social message.

As part of a program to engage young art students, the MRCSA, in partnership with the Bob Hawke Prime Ministerial Centre at the University of South Australia, is hosting a poster exhibition, with awards to outstanding entries in key categories.

Through their schools, young artists have been invited to celebrate the sixtieth anniversary of the UN International Refugee Convention by designing a poster communicating how refugees are welcomed, become part of, and/or contribute to the Australian 'family' (small selection of artwork shown below). The SA Refugee Week Schools Poster Award is intended to become an annual event. This year's finalists will be exhibited at the Kerry Packer Civic Gallery at the Bob Hawke Prime Ministerial Centre, University of South Australia, from 14 June to 13 July 2011.

The exhibition launch was launched on World Refugee Day, Monday 20 June. The exhibition will then tour to regional and metropolitan galleries. This project has been kindly supported by the SA Government, through the Minister of Education and the Minister for Multicultural Affairs.

In conjunction with the Migrant Resource Centre of South Australia. 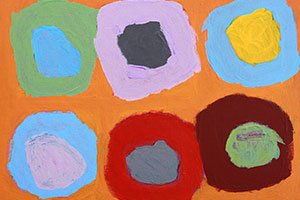 Tutti Visual Arts and Design 2 presents work produced by artists with disabilities from the Tutti Arts Program. Paintings, small-scale 3D constructions including brooches, and several digital media productions are featured in this exhibition. The artworks reflect the individual interest areas and styles of the artists, and range from images of popular fairytales to dense abstract arrangements to film documenting the program. Originality, authenticity and vitality are key characteristics of the work.

Tutti is a community, arts and cultural development organization, one of eleven Key Producers across Australia with the Australia Council for the Arts.

Images of Ghana - the blind chief, the witches, and the people at the castle
5 - 28 September 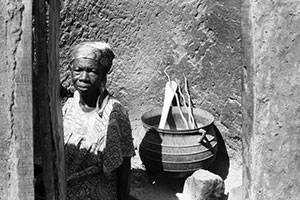 The Hawke Centre celebrates our UniSA student Hawke Ambassadors who devote time, expertise and energy to a range of international aid projects. In this case, we present the elucidating photographic record of Eloise Fuss who undertook UniSA project work in Ghana in 2010.

"Ghana throws you head first between big African mama bosoms - a heaving cleavage of passion. A country where dancing is as natural as walking, singing is talking, and you discover a rare species of gigantic smiles. A country where Christians and Muslims live next door to each other, plump with pride over their peace. A country of intertwined contradictions - hope and hopelessness, tradition and westernization, education and ignorance. The blind chief, the witches and the people at the castle invites you to explore a dizzying, diverse and indefinable Ghana." Eloise Fuss - 2010 UniSA Hawke Ambassador 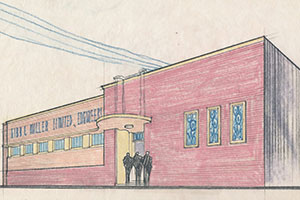 Russell & Yelland Architects is a South Australian firm established in 1939 by Charles Alexander (Alec) Russell and Keith Mills Yelland. It has a long history of working in metropolitan and country South Australia as well as in parts of regional New South Wales and Victoria, and on projects across a variety of sectors. The exhibition focuses on the practice's civic architecture and on the ways in which it worked closely with local people to design facilities that met their needs and budgets. It explores a range of themes including the local social and architectural impacts of changing world circumstances and shifts in community goals across the decades of the 20th century but particularly during and after World War 2, and the resilience and resourcefulness of communities, and of the architectural professional, in times of adversity.

The exhibition draws on the substantial collection of Russell & Yelland drawings held in the Architecture Museum at UniSA and on items from Russell & Yelland's own archives. It features a 3D rendering of the now demolished Geo Bolton building designed in 1937 by Alec Russell for the north-east corner of Greenhill and Fullarton Road.

Presented In conjunction with the Architecture Museum, UniSA 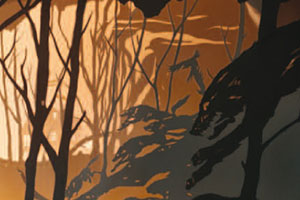 The exhibition will display the result of visual experiments exploring Minimalist theories. Quotes such as "Less is more" by architect Ludwig Mies van der Rohe or "Doing more with less" by designer Buckminster Fulle are both succinct summaries of Minimalist theory and practice. Through a process of visual experimentation restricted by a chosen medium (paper and light) and curatorial theme each paper sculpture will be a simple and efficient narrative. A primary aim will be to capture and engage the viewer's imagination through the use of simple form, light, shadow and colour. 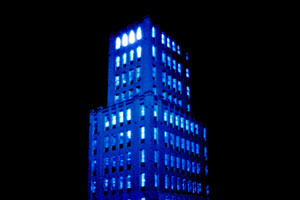 In order to showcase the School and the range of expressive and evolving media staff use in their own practices, the School of Art, Architecture and Design is presenting this exhibition.

Curated by Nasim Nasr, it is based upon the premise that all facets of contemporary global art and design practice are now circumscribed by the multiplicity and artificiality of the digital, whereas the analogue was once pervasive in its continuous parallel between source and derivative. Syntax explores "interpretive works in conversation" between these two potent authorities.