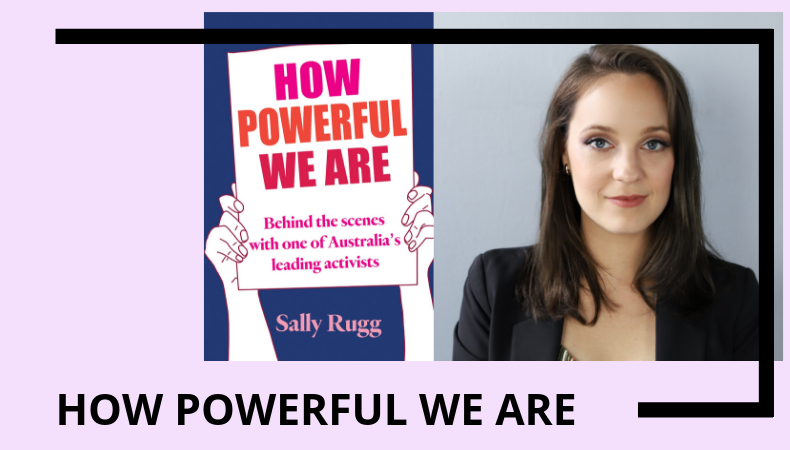 One of Australia's leading activists takes you behind the scenes to show that 'ordinary' people can be empowered to make extraordinary change.

Even if you're not an activist (yet), at a time when the news is written for clicks and elections are fought with three-word slogans, it's crucial to preserve some record of events that isn't 'fake news' or political spin. In part, this book is my attempt to counter the rewriting of how Australia achieved one of the most significant social changes in a generation. - Sally Rugg.

Join us for the 2019 UniSA Nelson Mandela Lecture, delivered by Sally Rugg, discussing her book: How Powerful We Are: Behind the scenes with one of Australia's leading activists.

In these pages Sally will teach you some of the things she learnt on the marriage equality campaign: how to develop a strategy, how to frame your messages, how to get your campaign to the media, how to build community power. And she will share with you the much harder lessons learnt: the consequences of campaign decisions; how to weather criticism and harassment from every angle; and how, in mass campaign movements, nothing is black and white.

'Incisive, blistering and tender. Sally is one of our most valiant warriors.' - Clementine Ford, author of Fight Like a Girl and Boys will be Boys.

'Proof that the personal is always political - and love really can save the world.' - Jamila Rizvi, author of Not Just Lucky.

The Nelson Mandela Lecture series is jointly presented by The Bob Hawke Prime Ministerial Centre and the School of Law, University of South Australia.

The purpose of this lecture series is to promote the fundamental rights and freedoms of individuals and the value of truth and reconciliation in life and public affairs.

Sally Rugg is an LGBTIQ rights activist, writer and public speaker. She is Executive Director at political activist group change.org, and was previously Campaign Director at GetUp where she led the campaign for marriage equality for five years. Sally was recently awarded the 2017 SMAC of the Year at the FBi Awards, a Woman of The Year by Harpers Bazaar, one of Australia's Most Influential LGBTIQ people by Cosmopolitan magazine and among the Top 15 Women Championing Human Rights by Amnesty International. How Powerful We Are is her first book.

change.org
News article: Executive director of Change.org Sally Rugg: ‘Ordinary people come to us as a last resort’
Twitter: @sallyrugg
How can you change the world? | ANTIDOTE at Sydney Opera House

Presented by The Bob Hawke Prime Ministerial Centre and the School of Law , University of South Australia