As White Ribbon Day approaches, Australia listens as women are given a voice to speak out against domestic and sexual violence.  The voices of women in prison are rarely heard, and yet up to 98% are survivors of intimate and systemic violence.  Often, this violence against them, leads them to a recurring cycle of crime, prison and recidivism as their self-worth and identities are diminished.  Traditional prisons are based on a patriarchal system which is centuries old and – by its very nature – maintains the cycle of abuse and the silence. 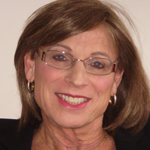 nding, most of Heather’s work is in the District and Supreme courts and the Court of Criminal Appeal.  She has a long history of concern for women in the criminal justice system and recently gave a paper on this topic to the Law Society’s professional development program.  Heather continues to advocate for women in the system (in or out of prison) where she can and is a patron of Seeds of Affinity.  She is also a vocal advocate for minority groups and has spoken out against the Government on issues such as young men being placed on the Sex Offenders Register and on the failure to allow women to keep breast feeding their babies in prison.  In addition to her very busy practice, Heather also regularly mentors law students, recent graduates and young lawyers. 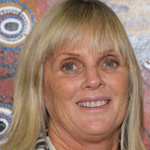 Debbie is a former prisoner, qualified social worker and practicing lawyer. She spent much of her teens in youth prisons, and several years in adult women's prisons, in Queensland. For the past 18 years, she has led Sisters Inside Inc., an organisation that advocates for the human rights of criminalised women in Queensland. Since 2007, Debbie has also worked as a Criminal Defence Lawyer with Callaghan Lawyers in Brisbane. 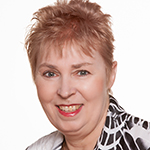 Anna Kemp is a social worker who has worked with the Department for Correctional Services for 36 years.  She has a special interest in working with women including Aboriginal women within the criminal justice system.  Confronted with the difficulties experienced by women exiting prison Anna established Seeds of Affinity in 2006.  Seeds of Affinity works to challenge the ongoing stigmatisation faced by women leaving prison, to increase opportunities to succeed in the community and to build a community where women feel a sense of belonging, solidarity and self-worth. 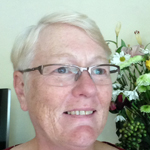 ducation in Victoria during the 1970’s where she worked with refugees fleeing Timor and South America.  She then spent most of the 1980’s working in the Northern Territory during which time she worked in Aboriginal Education.  On moving to South Australia in the early 1990’s Bernie changed careers.  Bernie then spent almost a decade working with adult survivors of child sexual abuse and recent sexual assault.  By the late 1990’s Bernie’s career had transitioned again into the corrections field.  From the late 1990’s Bernie has worked in the juvenile justice and more recently the correctional service system. Bernie was awarded a Churchill Fellowship in 2005 to study through-care of juveniles and adults involved in correction systems.  She travelled to Canada, Britain and Scotland as part of her fellowship. Her current role as Principal Advisor Women Offenders with the Department for Correctional Services, commenced in October 2013.

Cheryl is a proud Narungga woman with family ties across South Australia and is the current Chief Executive Officer of the Aboriginal Legal Rights Movement Incorporated. In a career spanning 30 years, Cheryl has been working towards achieving Social Justice and equity for Aboriginal & Torres Strait Islander peoples in SA.  During her with career with SA Government, Cheryl was a strong advocate for Cultural Inclusion within Government services delivered to Aboriginal and Torres Strait Islanders. Cheryl has 25 years’ experience working within the Law and Justice portfolio and has held the position of Chairperson of the Women’s Legal Service of South Australia, Alternate Deputy Chairperson of the then ATSIC Patpa Warra Yunti Regional Council, member of the Correctional Services Advisory Board to the Minister, Board member of Dame Roma Mitchell.  Current positions held; Reconciliation SA, an active member of the Justice Re-investment SA working Group, member of the SA Coalition for Social Justice.

Closing Remarks: The Honorable Paul Muscat
District Court Judge, the Honorable Paul Muscat, has recently come to prominence in Adelaide media for his views around the effectiveness of the traditional prison system as a form of rehabilitation. However, through his work in the Legal Services Commission, his interest in social justice and marginalised groups in society has become strongly apparent.  Paul started his career at Camatta Lempens law firm as a criminal lawyer.  He joined the DDP in due course as a solicitor and prosecutor under the mentorship of Peter Snopek.  In 2006 Paul joined the Legal Services Commission as head of the Criminal Practice Division and since has shown a keen interest in working with Aboriginal people and youth justice.