With Brad Chilcott, Founder and National Director of Welcome to Australia

For over two decades, activists, academics, media pundits and politicians have ensured Australia's asylum seeker policy has remained the most controversial and contested political issue in our nation. Despite the sacrificial and inspirational efforts of thousands of people standing up for the rights of the world's most vulnerable people, asylum seekers arriving in Australia now face some of the harshest and most punitive policies in the world.

Despite wide agreement that compassion, hospitality and fairness are positive attributes for both people and communities to be recognised by, our response to asylum seekers remains one of the most divisive issues for our society. What the United Nations calls "a small humanitarian problem" continues to be, for us, a disproportionately massive political problem.

So, where will change come from? What will it take to create a fair and compassionate policy that gives protection to asylum seekers, is acceptable to voters and proves resilient to the political temptation to use fear of "the other" as a tool of electoral success? 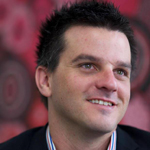 Brad Chilcott is the founder and National Director of Welcome to Australia, a movement of people dedicated to cultivating a culture of welcome in our nation. Brad is committed to calling out the best in Australians and providing personal and practical ways for people to live as the evidence that a better future is possible. 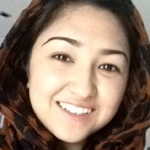 Marziya Mohammadi is a full time student at the University of Adelaide. She studies a double degree in Law and International Relations. She has been a dedicated volunteer for Welcome to Australia since 2011 and an active member of the Association of Australian Tertiary Students from Afghanistan (AATSA) since 2010. Having had to flee her homeland at a young age, she has actively engaged in changing the conversation on refugees in Australia.