Same-sex Marriage and the State: A French-Australian Perspective

Just released in Palgrave’s new Queer Global Politics Series, Global Perspectives on Same Sex Marriage: A Neo Institutional Approach (Palgrave 2017), this book provides a comparative approach to the different factors impacting on state adoption of—or refusal to adopt—same-sex marriage laws. Through a neo-institutionalist lens, contributors investigated two aspects of state approaches to equal recognition of same-sex partnerships. First, they reveal how claims by LGBTIQ movements are being framed politically and brought to parliamentary politics. Second, they explore the ways in which same-sex marriage becomes institutionalised (or resisted) through legal and societal norms and practices. As it covers all five of the world’s major regions, this comparative analysis highlights the diversity of the now twenty-five countries where lesbians and gay men can legally marry. This list includes longstanding democracies, republics and parliamentary monarchies, unitary and federal states, and reflects a variety of positions with respect to religion and the cultural foundations of the nation. To illustrate these contrasted framing processes of same-sex marriage or opposition thereto, the co-editors will focus in particular on a French-Australian comparison, while drawing upon insights gained from other country cases. 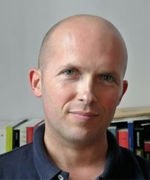 Maxime Forest, PhD, is senior lecturer and associate researcher at Sciences Po Paris. His research interest includes the global politics of gender equality and anti-discrimination. He published extensively on the Europeanisation of gender equality, gender and democratic transition and gender and knowledge. He is an executive member of the French High Gender Equality Council. His Australian tour is organised by the French Embassy. Among his publications are The Politics of Feminist Knowledge Transfer: Gender Training and Gender Expertise (with M. Bustelo and L. Ferguson, Palgrave, 2016); and The Europeanization of Gender Equality Policies. A Discursive-Sociological Approach (with E. Lombardo, Palgrave, 2012). 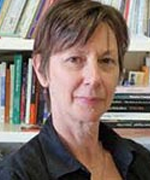 Bronwyn Winter is Deputy Director of the European Studies Program at the University of Sydney and an affiliated scholar with Sciences Po Paris. She has published widely on topics that are situated at the intersections of gender, ethnicity, sexuality, religion, violence and the state. She is author of Hijab and the Republic: Understanding the French Headscarf Debate (2008) and Women, Insecurity and Violence in a Post-9/11 World (2017), both published by Syracuse University Press. She has also recently co-edited another anthology, with University of Sydney colleague Lucia Sorbera (Arabic Studies): Contending Legitimacy in World Politics: The State, Civil Society and the International Sphere in the Twenty-First Century (Routledge, 2017), and is a contributing advisory editor of the Wiley-Blackwell Encyclopedia of Gender and Sexuality Studies (ed. Nancy A. Naples et al, 2016). 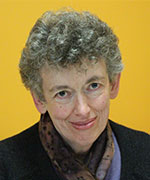 Carol Johnson is a Professor of Politics and International Studies at the University of Adelaide and wrote the Foreword to Global Perspectives on Same-sex Marriage. She has written extensively on the politics of sexuality in an Australian and comparative context, including being the co-editor, with Manon Tremblay and David Paternotte of The Lesbian and Gay Movement and the State: Comparative Insights into a Transformed Relationship (Ashgate 2011). Her most recent publication on this issue, written with Manon Tremblay, is: "Comparing Same-Sex Marriage in Australia and Canada: Institutions and Political Will", Government and Opposition 53 (1), 2018.

Biography and Works
Carol Johnson's articles at the Conversation