Daniel Connell, a visual artist from Adelaide, uses his art to bring change to society. Daniel’s practise is large-scale, often ephemeral, often public, naturalistic portraits which merge into an ongoing practice of work in advocacy for migrants and displaced peoples both in Australia and overseas.

He has created public art projects in the UK, Europe, US and Canada. He has presented paintings of Indigenous Australians at Kochi Biennale in 2012 and also exhibited paintings of Tamil workers in Kochi at the 2014 Kochi Biennale. After living in India for three years and meeting an integral group of people who were to shape his future practise, Daniel’s works are often inspired by Indian people and he is actively involved in the Sikh community in Australia—helping to fight against challenges that newly arrived migrants face in their new country. He holds degrees in Spanish Language and Latin American Studies, has a Diploma of Education and is currently studying Hindi language.

Currently a PhD Candidate in the School of Art, Architecture and Design at the University of South Australia, Daniel is also a lecturer in portraiture, drawing and painting at Adelaide Central School of Art. 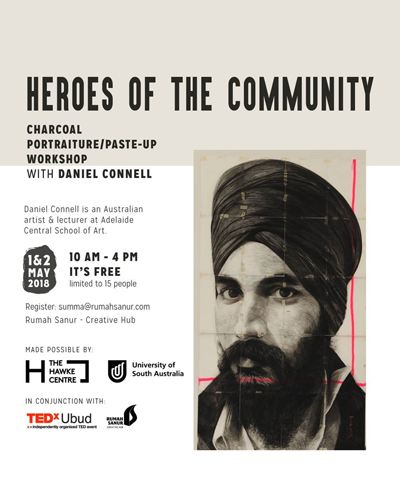 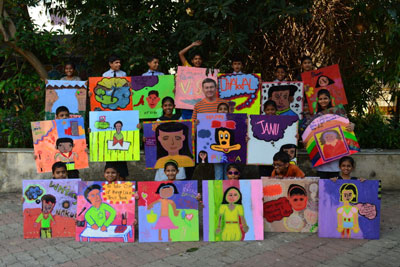 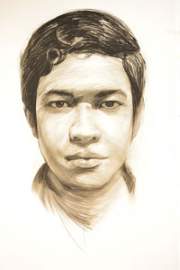 Presented by The Bob Hawke Prime Ministerial Centre and TEDxUbud.