What is Citizen Science?

The Bob Hawke Prime Ministerial Centre and the Australian Citizen Science Association, as part of #CitSciOz18, proudly presents a free public lecture on the topic “What is Citizen Science?”

Join international guest speakers, Dr Caren Cooper from North Carolina State University and Amy Robinson Sterling from EyeWire for an evening of wonder as you find out how you could discover a new species, find a new planet, monitor pollution with a smartphone, actively contribute to disaster relief in another country and map the brain.

Citizen science involves the public participation and collaboration in scientific research with the aim to increase scientific knowledge. 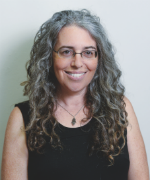 Dr. Caren Cooper is an associate professor at North Carolina State University. She is author of Citizen Science: How Ordinary People Are Changing the Face of Discovery. On Twitter, Cooper is founder and moderator of #CitSciChat (panel discussions), @IamCitSci (an account with weekly rotating hosts), and #WhoLaidIt (a natural history game). She is director of research partnerships with SciStarter, the largest searchable repository of citizen science projects. Cooper’s research focuses on birds, public stewardship of birds, and community pollution monitoring and mapping (sometimes with birds!).

Cooper has over 50 publications to her name, and helped design citizen science projects at the Cornell Lab or Ornithology including YardMap, NestWatch, and Celebrate Urban Birds. She has two current citizen science projects. Sparrow Swap helps volunteer nest monitors minimise damage by house sparrows while exploring the potential of house sparrow eggs as a tool for the biomonitoring of contaminants. Sound Around Town investigates ecology and human well-being associated with soundscapes in suburban and urban areas. Cooper also studies the phenomenon of citizen science across the ecosystem of people and project within SciStarter.com in order to guide project design.

Cooper serves on the Board of the CSA (2017-2020), the ethics working group, and led the committee to create a new journal, Citizen Science: Theory and Practice. She was co-editor-in-chief for the CSA’s journal (2014-2016) and is now associate editor (2017+). She is co-chair of the international CODATA-WDS Task Group on Citizen Science and the Validation, Curation, and Management of Crowdsourced Data.

Amy will discuss citizen science and health, with an introduction to EyeWire 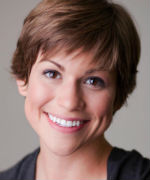 Amy Robinson Sterling is the Executive Director of EyeWire, a Game to Map the Brain. EyeWire crowdsources neuroscience, challenging hundreds of thousands of players around the world to solve 3D puzzles and map out neurons, allowing neuroscientists to chart synaptic connections and model circuitry of the brain.

Sterling has advised The White House OSTP and the US Senate on crowdsourcing and open innovation. Under her leadership, EyeWire’s neuroscience visualizations have appeared at TED, the United Nations and Times Square NYC. She helped create the world’s first neuroscience virtual reality experience. Sterling curates the NIH 3D Print Exchange Neuroscience collection. Fast Company credits Sterling with “Making neuroscience into a playground for the hot tech du jour.” Sterling has written for Vice, the BBC, Natura, and Forbes.