Care Considerations for the Frail Elderly at the End of Life

It is well known that the population is ageing, that admissions to the ED, acute hospitals and the ICU are increasing. The majority of patients in acute hospitals are now elderly with multiple age-related chronic conditions. Some of these are partially preventable to some extent, some are modifiable but on the whole ageing and frailty are progressive, irreversible and not amenable to the miracles of modern medicine. While there is some benefit from conventional palliative care the elderly people put social support as their most valued assistance: including support in the home; respite care; regular company; and feeling valued. Moreover, the decline to death can be a prolonged decrease in functional ability more than deaths associated with, for example, cancer where the trajectory is more predictable and the palliative support more common. Initial steps to improve end of life care for the elderly include tools to recognise those who are approaching end of life; having honest and empathetic discussions with them and their carers about their own goals of care; and engaging those choices with the support that is required. Currently health care is delivered in a silo based fashion which often subjects the elderly to inappropriate and unwelcome interventions as they approach the end of life. It is time to demedicalise care of the frail elderly and design systems around their own goals of care. 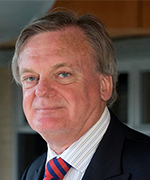 Ken Hillman is Professor of Intensive Care and Foundation Director of the Simpson Centre for Health Services Research at the SWS Clinical School, University of New South Wales which is affiliated with the Ingham Institute for Applied Medical Research.  He is an actively practising clinician in Intensive Care at Liverpool and Campbelltown Hospitals. He graduated from Sydney University and trained at St Vincent’s Hospital in Sydney and St. Bartholomew’s hospital in London. He was the first candidate to pass the Australian intensive care examination in 1980 following which he became the Director of Intensive Care at Charing Cross Hospital in London before returning to Australia to become Director of Anaesthetics, Intensive Care and Coronary Care at Liverpool Hospital in Sydney. He has over 170 peer-reviewed publications; 64 chapters in textbooks; co-authored an intensive care textbook; co-edited several textbooks; and written a book – Vital Signs: Stories from Intensive Care.  He has been successful in acquiring over $20 million in grants.  He has been an examiner for 12 years in intensive care and has held many professional positions related to health.  He is internationally recognised as a pioneer in the introduction of the Medical Emergency Team and is part of the Executive of the International Rapid Response Society.  He has published extensively on the care of the elderly frail at the end-of-life and has a NHMRC Program grant to continue research in this area. Because of his continuing work in the area in 2016 he was an invited presenter at TEDx which was held at the Sydney Opera House.  His research now concentrates on Health Services Research.  His team has developed a tool to predict mortality in the elderly frail.  His team will then put this tool into clinical practice and use it to begin discussions with the elderly and their carers, empowering them to make choices about how they would want their future life managed.  He is also the recipient of the Order of Australia for his work.