Australia and its Security Challenges – Near and Far

In determining our security interests, Australia has long been torn between the realities of its geography and of its interests. In World War II the tension saw Australian forces relocated from the Middle East to address security threats closer to home. Over 70 years later, that discussion is still being had. Australian forces are deployed within the Middle East while concerns over a rising China trouble our strategic community. This double lecture will explore Australia’s security challenges in both these geographic areas. Both former Australian army officers, Professor John Blaxland from the ANU will discuss Australia’s Security Challenges in the Indo-Pacific region and Dr Rodger Shanahan from the Lowy Institute will cover Australia’s Security Challenges in the Middle East. 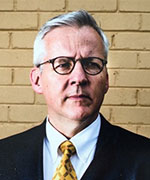 Professor John Blaxland is a Professor in International Security and Intelligence Studies, Director ANU Southeast Asia Institute, and Head at the Strategic and Defence Studies Centre in the Coral Bell School of Asia Pacific Affairs, College of Asia and the Pacific, at the Australian National University. He holds a PhD in War Studies from the Royal Military College of Canada, an MA in History from ANU, a BA (Hons) from UNSW and is a graduate of the Royal Thai Army Command and Staff College and the Royal Military College, Duntroon (Blamey Scholar). He is a former Director Joint Intelligence Operations (J2), at Headquarters Joint Operations Command and was Australia’s Defence Attaché to Thailand and Burma/Myanmar. He is a member of the ANU Academic Board as well as the Australian Army Journal editorial board and also an occasional commentator in the media. His books include The Secret Cold War: The Official History of the Australian Security Intelligence Organisation 1975-1989 (Allen & Unwin 2016), East Timor Intervention (MUP, 2015), The Protest Years (A&U, 2015), The Australian Army From Whitlam to Howard (CUP, 2014), Strategic Cousins (MQUP, 2006), Revisiting Counterinsurgency (LWSC, 2006), Information era Manoeuvre (LWSC, 2002), Signals (RASigs, 1999) and Organising an Army (SDSC, 1989).

"Lunch with John Blaxland, or how to write a history of ASIO", Sydney Morning Herald
"Should Australia Withdraw its Military Forces from the Middle East? John Blaxland and Rodger Shanahan" - The Debate Papers 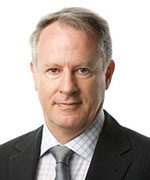 Dr Rodger Shanahan is a research fellow in the West Asia program at the Lowy Institute. A former army officer, he had extensive service within the Parachute Battalion Group (PBG) and has had operational service with the UN in South Lebanon and Syria, with the PBG in East Timor, in Beirut during the 2006 war, and in Afghanistan. He was the former director of the Army's Land Warfare Studies Centre, and has also been posted to the Australian Embassies in Riyadh and Abu Dhabi. Dr Shanahan has MAs in International Relations and Middle East Studies from the ANU, and a PhD in Arab and Islamic Studies from the University of Sydney. He is also a part-time member of the Refugee Review Tribunal.  He has written numerous journal, media and policy articles, is a frequent commentator on Middle East issues for Australian and international media, has appeared as an expert witness for several terrorism trials in Australia and is the author of Clans, Parties and Clerics: the Shi’a of Lebanon.