Brexit has become one of the great uncertainties of our times. No one has tried to leave the EU before and negotiation of the terms of British withdrawal are complex.

Her Excellency Menna Rawlings CMG, British High Commissioner to Australia, will explore the vision of Britain after Brexit. 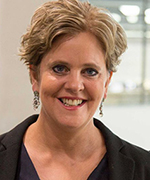 Menna Rawlings has been British High Commissioner to Australia since April 2015.

Menna joined the Foreign and Commonwealth Office in 1989 and has served in a wide range of Diplomatic Service roles. She was most recently a member of the Foreign and Commonwealth Office Management Board as HR Director. This followed postings to Washington DC, Ghana, Israel, Kenya and Brussels. In London, she has served as Private Secretary to the Permanent Under Secretary as well as in Press Office and the Africa and EU Directorates.

Following her presentation Her Excellency will be in-conversation with Professor Anthony Elliott, Executive Director: Hawke EU Centre for Mobilities, Migrations and Cultural Transformations, University of South Australia. The audience will have an opportunity to engage in a Q & A session with the speaker.