Europe, including the United Kingdom has been challenged by a decline in traditional manufacturing industries and the shift to a services based economy.  This transition to a post-industrial future is perhaps best represented by the decline of car manufacturing in many nations, including the UK.  The consolidation of brands, the movement east and south of the production capacity and the move to shorter production cycles has challenged car makers and the communities they have supported.

Professor David Bailey considers recent government responses to manufacturing decline, and the ways in which the devaluation of both the Euro and Sterling against other global currencies has helped stimulate a renaissance in the ‘making of things’.  The presentation goes on to consider the emergence of renewed calls for, and thinking about, industrial policy and the opportunities it offers to rebuild national and regional economies. 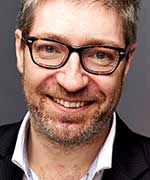 David Bailey is a Professor of Industry Policy at the Aston University Business School and previously worked at the University of Coventry and Birmingham University.  David is an influential business expert on economic restructuring and industrial policy, and is perhaps best known for his knowledge of UK and West Midlands car manufacturing.

As an author, regular media commentator and newspaper columnist, he has provided articles and commentary on key economic and regional policy issues including the closure and eventual reopening of the MG Rover car plant in Birmingham, UK, and the Jaguar Land Rover economic success story. Most recently, David has undertaken European funded research on using foreign investment to upgrade industry clusters. He has also worked on industrial and regional policy and the rise of ‘phoenix’ industries such as the low carbon vehicles cluster here in the West Midlands.

David served as the Chair of the Regional Studies Association for six years to 2012.  He has collaborated with academics and policy makers in Europe and Australia, and regularly advises consultants, governments and non government organisations.

Is the UK finally getting serious about industrial strategy?
Peugeot bulked up with GM Europe could leave VW looking nervously in the rear-view mirror
These four cities are cracking down on diesel vehicles to improve air quality – here’s how
Twitter: @dgbailey
Prof David Bailey: Brexit, UK automotive and implications for industrial policy