This event coincides with the launch of University of South Australia's Centre for Islamic Thought and Education.

The impact of both international and local events has entrenched the pejorative view that Islam is at war with the West. Textual analyses of the Australian popular media discourse demonstrate that both pre - and post-September 11, 2001 Muslims were demarcated from Australians with the underlying assumption that Islam is hostile not only to Australia’s values but also to the basic tenets of Western civilisation. Equally, the rise of violent extremism among some Muslims has led to mayhem and destruction in the name of Islam and heighted this portrayal. Both of these phenomena advocate an “us” and “them” divide that is destructive, and more significantly ignores centuries of fruitful interaction between peoples of diverse faiths and backgrounds, and undermines the interconnectedness of Islamic civilisation and its Western counterpart.

With the rise of extremist ideologies across the spectrum, interconnectedness with respect, integrity, honour and dignity is important now more than ever. Historically this has been achieved at various times and places, and we need to learn from that if we are to tread safely into an uncertain future. Through genuine thought, education and honest engagement, we can assist in achieving genuine interconnectedness.

In this lecture, Professor Mohamad Abdalla will highlight the significance of interconnectedness, drawing valuable lessons from the interactions between Islamic civilisation, Greek and Western civilisations, and the impact they had on one another. Highlighting the intricate clockwork of human existence, he will argue that consistent with Abrahamic teachings, interconnectedness is ‘a feeling of oneness, of belonging’ with deep innermost positive feelings about the ‘other,’ and everything else is secondary. 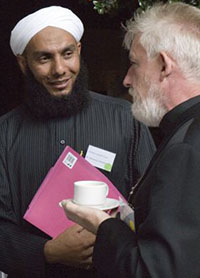 Drawing on many years of research and teaching in Islamic studies, coupled with extensive engagement with the Australian Muslim and wider communities, the Centre of Islamic Thought and Education aims to serve as a global knowledge hub for community empowerment through research, education and engagement.

Its vision is a revival in Islamic thought and scholarship that facilitates interconnectedness and empowerment for local, national, regional and global communities.

Its philosophy is to promote empirical research informed by Islamic methodologies, philosophies and pedagogies, cognisant of the unique Australian context.

Importantly, staff of the CITE have extensive community experience that will allow for genuine and grounded engagement. 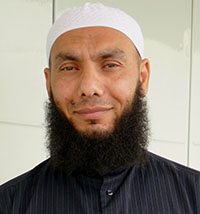 Professor Mohamad Abdalla is one of Australia’s most prominent and respected Australian Muslim leaders combining the roles of an academic scholar, public intellectual, religious leader and commentator. In 2006 he established Islamic studies as a discipline at Griffith University, where he was founding director of the Griffith University Islamic Research Unit (GIRU). From 2008-2016 he was director of the QLD node of the National Centre of excellence for Islamic Studied (NCEIS), a collaboration between Griffith University, University of Melbourne and the University of Western Sydney. Over the years he held multiple distinguished community posts and was awarded multiple civic awards such as the Ambassador of Peace Award. Professor Abdalla is an expert in Islamic civilisation and its interconnectedness with the Western civilisation, Islam in Australia, Islamic thought and Islamic ethics.

He has published widely in a host of reputable journals and publishers. His published books include Islamic Science: The myth of the decline theory (2009); Islam in the Australian News Media (University of Melbourne Press, co-edited); Interconnectedness of civilisations: Islam and the West (University of Melbourne press, forthcoming), and Islamic schooling in the West: Pathways to renewal (Palgrave MacMillan, forthcoming, co-edited).

Dr Nezar Faris - a scholar in Management and Leadership with a focus on the context of Muslim organisations in the West.

Dr Mahmood Nathie - a scholar and practitioner of Islamic Finance.

Mr Dylan Chown - completing his doctoral studies with a research focus on Dignified Way, the authentic application of Prophetic pedagogy within a character education and behaviour management model for Islamic schools.