‘Truth really is stranger than fiction. A youthful and intrepid heroine makes a daring escape down a drainpipe, pursued by her outraged father and disappointed by her drunken, down-at-heel, gentleman lover. The Convict’s Daughter contains all the elements of melodrama or farce: love divided, love betrayed, and love triumphant. Hardest of all to believe is that these events actually occurred, in a period of Australia’s history often dismissed as dull – and that no historian or novelist has ever before done them justice.’ Professor Penny Russell, University of Sydney

ABC Adelaide’s Sonya Feldhoff will appear in conversation with author and historian Kiera Lindsey to discuss how the author’s controversial ancestor came to be at the very heart of this wildly improbable colonial drama.

Kiera Lindsey is an award-winning historian who has worked in Australian film and television, been a regular presenter on ABC Radio and also published a column in the Adelaide Review. She lectures in Australian History at the University of South Australia and was recently awarded the 2015 Hawke Research Institute Fellowship.

Sonya Feldhoff is host of the Afternoon program weekdays on 891 ABC Radio Adelaide. 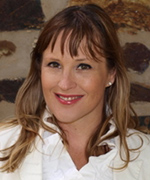 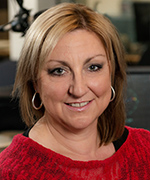