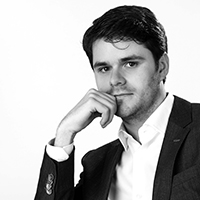 Adelaide Symphony Orchestra Principal Conductor Nicholas Carter is fast establishing a career as a conductor of exceptional versatility, equally at home in the concert hall and the opera house, and fluent in a diverse repertoire. He is the first Australian in almost 30 years to be appointed to lead a major Australian symphony orchestra.

From 2011 to mid-2014 he was Kapellmeister at the Hamburg State Opera, as well as serving as musical assistant to Music Director Simone Young. This engagement followed a three-year association with the Sydney Symphony, first as Assistant Conductor, working closely with Vladimir Ashkenazy and a number of the orchestra’s guest conductors, and subsequently as Associate Conductor. Nicholas is currently Kapellmeister and musical assistant to Donald Runnicles at the Deutsche Oper Berlin. More 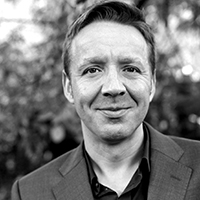 Paul Rissmann (ASO Festival of Learning & Participation) is passionate about active participation in music education.  This in conversation session will be a chance to get an insight into Paul's charismatic approach.

Paul was born on the Isle of Bute, Scotland is a composer, presenter and music educationalist. He currently holds the position of Animateur for the London Symphony Orchestra and is Children’s Composer in Residence for Music in the Round.  Paul’s commissions range from electronic music for Microsoft to orchestral music for the LSO. His interactive composition Bamboozled for orchestra and audience has been performed by over 45,000 people - from Daytona Beach, Florida to Melbourne, Australia and in 2012 was performed at an Olympic Torch relay by the Philharmonia Orchestra. Paul recently won a British Composer’s Award (BASCA) and was also appointed an Associate of the Royal Academy of Music (ARAM). More 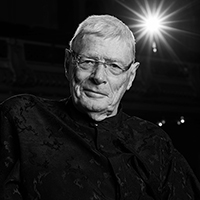 Jeffrey Tate is one of the most renowned and versatile British conductors of his generation. Before committing himself to music, he acquired a doctoral degree in medicine at Cambridge. He began his musical career as a staff member of the Royal Opera House Covent Garden in London. A formative experience was the centenary ‘Ring’ at the Bayreuth Festival, where he was the assistant of Pierre Boulez. On this basis, Tate later developed his own highly regarded interpretation of the ‘Ring’ – Tetralogy in Cologne and Paris (with the Orchestre National de France). The Paris production was afterwards taken over by the State Opera of South Australia in Adelaide and made history as the first complete ‘Ring’ performance in Australia. More 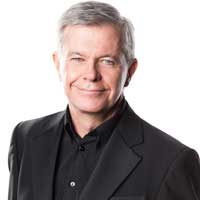 With Pinchas Zukerman, Artist in Association 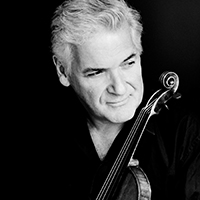 Pinchas Zukerman has remained phenomenal in the world of music for over four decades. His musical genius, prodigious technique and unwavering artistic standards are a marvel to audiences and critics. Devoted to the next generation of musicians, he has inspired younger artists with his magnetism and passion. His enthusiasm for teaching has resulted in innovative programs in London, New York, China, Israel and Ottawa. A devoted and innovative pedagogue, Mr. Zukerman chairs the Pinchas Zukerman Performance Program at the Manhattan School of Music, where he has pioneered the use of distance-learning technology in the arts. Pinchas Zukerman's extensive discography contains over 100 titles, and has earned him 2 Grammy awards and 21 nominations.