Professor Marcia Langton authorised Ros Kidd's extraordinary access in 1989 to previously restricted files of Queensland's Aboriginal Affairs department.  Ros's subsequent PhD thesis exposed over 100 years of government controls over Aboriginal lives, work and finances.  Knowledge like this raised the question: do you complete your task and walk away, or do you use your knowledge as ammunition to assist others in their continuing fight for justice.   Ros Kidd chose the latter path, as this public lecture will show.

Against government threats, Dr Kidd produced evidence to the 1996 Human Rights Commission inquiry into the government's illegal underpayment of community workers during the 1970s and 1980s. Ultimately compensation of around $40 million was paid, although the files reveal over $180 million had been illegally withheld.

The long battle for Stolen Wages continues.  Millions of dollars of private wages and savings were lost during the seventy years of government control.  This money belongs to thousands of men, women and children contracted out as domestic servants and station workers.  Their cut-price wages and bank accounts were run in secret and levied in secret by successive governments, which also kept secret multiple audit and internal reports damning fraud and misappropriation.  To foreclose pending litigation on Stolen Wages, in 2002 the Queensland government offered reparations of $55.6 million, with severely restricted eligibility and paltry payments of up to $7000.

In 2006 Dr Kidd was instrumental in the establishment of the Senate Inquiry into Stolen Wages Nationally, a forum which allowed affected families to convey their experiences, and to which research scholars in each state exposed this shameful experiment in social engineering.  All state governments were exhorted to reveal their files on this matter and make due reparations.  But governments maintain their secrets and their profits.  And so the fight continues.

This event is being held during National Reconciliation Week 2015: 27 May - 3 June. 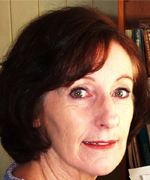 Dr Ros Kidd graduated in 1994 from Griffith University, Brisbane.  Her PhD thesis, based on unprecedented access to the files of Queensland’s Aboriginal department, was rewritten as The Way We Civilise.

Dr Kidd has submitted reports to the Stolen Children’s Inquiry (1996), the Indigenous Crime Taskforce (1999), the Inquiry into the Abuse of Children in State Institutions in Queensland (1999), the Cape York Justice Study (2001), and the Bringing Them Home Oral History Project (2002).  Dr Kidd was a key instigator and participant in the Senate Legal and Constitutional Affairs Committee of Inquiry into Stolen Wages Nationally (2006).

In 1996 Ros Kidd served as expert witness for the Aboriginal complainants at the Human Rights Commission Inquiry into the government's underpayment of wages on Palm Island, resulting in compensation of $40 million.   Her writings were critical to the government's $55.6 million offer in 2002 to compensate people whose wages and savings were lost under official control.

Dr Kidd is a freelance researcher, unaffiliated with academic or political bodies.  She researches for Native Title applications, and continues to work with key Aboriginal lobby groups to win justice and full reparations for Stolen Wages and misappropriated Trust funds.