STP&A is an interdisciplinary gathering of researchers, policy-makers, practitioners and students that explores key trends, practices and policy issues affecting the arts around the world. STP&A is the oldest and one of the most influential academic gatherings of researchers and practitioners in the field of arts management and cultural policy.

We are pleased to offer you access to three FREE keynote lectures as part of this conference. 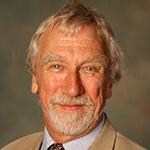 In recent years the cultural industries have moved to centre stage in the formation of cultural policy in a number of countries. This presentation will outline the reasons why this trend has occurred and discuss some of its implications. Is there a danger that a focus on the contribution of the cultural sector to the macro-economy is crowding out the more fundamental rationales for public policy towards the arts and culture? The presentation will draw illustrations from recent shifts in Australian cultural policy and, in a wider international context, from efforts to incorporate culture in the formulation of the United Nation’s new Sustainable Development Goals.

David Throsby is Distinguished Professor of Economics at Macquarie University in Sydney, Australia.  He holds a Master’s degree from the University of Sydney and a PhD from the London School of Economics. He is internationally recognised for his research and writing on the economics of art and culture.  His current research interests include the economic circumstances of creative artists, culture in sustainable economic development, heritage economics, the creative industries, and the relationships between economic and cultural policy.

He has been a frequent consultant for international organisations, including UNESCO, UNCTAD, OECD and the World Bank.  His recent books include Economics and Culture (2001), which has been translated into seven languages, and The Economics of Cultural Policy (2010), both published by Cambridge University Press. 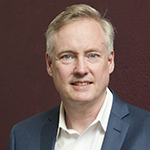 Why has the outcry about a proposed National Programme for Excellence in the Arts been a carbon copy of the so-called Great Redistribution Debate – and angry conflict between smaller and larger cultural organizations – from thirty years ago?  Either we have not solved a problem; or we don’t understand the problem; or there is a disconnection between how we talk about the problem and how we are tackling it.

My aim in this paper is to encourage the reunion of economics and sociology in respect of culture’s value currently underway in the work of David Stark and Michael Hutter.  I propose cultural reporting as an important domain it might address, not just descriptively, but analytically, as a way of getting to the heart of what is happening when we engage in activities that confer value on other activities we call culture.  Cultural reporting is a field of investigation no less integral to the problem of value as matters of definition and measurement.  To ignore it, is not only to disavow a political real, but to overlook the bureaucratic logic by which culture is named, categorised, and processed.

Using Weberian ideal-type analysis I briefly examine the distinctive mode of contemporary cultural provision, attempting to disinter it from the welter of contextual features in which it is embedded.  Ideal-type is a simplifying tool, a heuristic whereby hidden attitudes and assumptions can be identified and compared.  I argue there are features of modern bureaucratic systems that account for the significant failures seen in cultural provision, rather than economic rationalism being solely to blame.  Economics is not the problem. Rather the problem is a bureaucratic logic to which economics attaches as a performative vehicle.  I then turn to the International Integrated Reporting (IR) Framework, explaining the basic principles and concepts of a ‘capitals’ approach.  IR has the capacity not only to streamline reporting, but to equip it with more appropriate assessment indices, mitigating the self-defeating aspects of contemporary cultural provision.  Part of this is a better alignment between qualitative and quantitative proofs of worth – stories and statistics.  Another is acknowledging the singular aspects of the cultural sector and the requirement for policy directions that can cope with its varied, complex, sometimes contradictory needs.  Without better reporting mechanisms, all the measures of value in the world won’t stop an NPEA-style crisis from happening again.

Julian Meyrick is Strategic Professor of Creative Arts at Flinders University, the Artistic Counsel for the State Theatre Company and an Honorary Associate at La Trobe University.  He was Associate Director and Literary Advisor at Melbourne Theatre Company 2002-07 and Artistic Director of kickhouse theatre 1989-98.

As an academic, he has published histories of the Nimrod Theatre and the MTC, and and numerous articles on Australian theatre, cultural policy and contemporary dramaturgy. He is currently Chief Investigator for both the AusStage database and Laboratory Adelaide, a Flinders University research project studying the problem of culture’s value.  The Retreat of Our National Drama, his second Currency House Platform Paper was launched last year.

He is also the director of many award-winning theatre productions, including Neighbourhood Watch for the State Theatre Company of South Australia in 2014 and Angela’s Kitchen, which attracted the 2012 Helpmann for Best Australian Work.  He was a founder member and Deputy Chair of PlayWriting Australia 2004-09 and a member of the federal government’s Creative Australia Advisory Group 2008-10.  He was the director of the inaugural production of Who’s Afraid of the Working Class? and winner of the 1998 Green Room Award for Best Director on the Fringe.   His latest book After the New Wave: Australian Alternative Theatre in the Post-Whitlam Period will be published by Rodopi later this year. 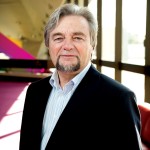 Cultural Institutions in a Multicultural Society

This will be an exploration of the opportunities and responsibilities of our key cultural organisations and institutions in modern day multicultural Australia.  How are these organisations responding to the rapidly changing dynamics of the cultural characteristics and demands of our community and Australia’s position as an integrated member of the Asia Pacific region?

Douglas Gautier joined the BBC as a music and arts producer in London in 1977. Recruited by Radio Television Hong Kong from the BBC in 1979, he was subsequently appointed head of their music arts channel. In 1986 he was appointed Head of Concert Music (Planning) for the Australian Broadcasting Corporation.

Returning to Hong Kong, Douglas spent a number of years in the media business, first as Deputy Managing Director of Metro Broadcast and then Director of Corporate Affairs for STAR Television. In 1997 he was appointed Deputy Executive Director of the Hong Kong Tourist Board, where he was active in fostering links between the tourism and cultural sectors.

In 2002 he was appointed as Executive Director of the Hong Kong Arts Festival, one of the world’s great Arts Festivals.   Between 2003 and 2006, Douglas was an inaugural Board Member for the West Kowloon Cultural District and a founding Vice President of the Asian Arts Festivals Association. Since arriving at the Adelaide Festival Centre in 2006, Douglas has initiated a major ‘program-led’ revival which has increased audiences for all art forms and has positioned the Centre with a comprehensive and multi - faceted program, as a hub for Asian/Australian cultural engagement.

In 2013, Douglas was elected as the Chair of the Association of Asia Pacific Performing Arts Centres (AAPPAC).  Douglas is also the Director of the Asia-Pacific Centre for Arts and Cultural Leadership, a joint venture of the Adelaide Festival Centre and the University of South Australia.

Panel: Arts and Culture in the Asia-Pacific Context