Youthworx is a unique social enterprise (to our knowledge the only one in the world) that has developed a ‘long term’ infra-structure to train and employ highly marginalized (homeless or at risk of homelessness) young people in creative and commercial film production.

Since commencing on the ground in 2008 Youthworx has established an ongoing accredited training program in partnership with NMIT Tafe at Certificate I, II and II level in Creative Industries – Media, developed a multi-faceted workshop program, run a number of large funded participatory media projects for marginalized young people and established a production company Youthworx Productions (now in its 6th year) that employs graduates of the training and delivers professional media services to a broad range of clients.

This presentation will discuss the development of Youthworx and explore the key principles that have created an engaging teaching and learning space, a viable professional film production business and a scalable model. 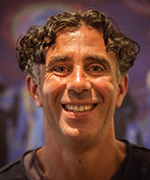 Jon came to Youthworx with a background in education, theatre and film and has a longstanding passion and commitment to working with marginalized youth on creative arts and media based projects. From 1998 to 2002 Jon taught Drama, English and Media and was Performing Arts Coordinator at Northland Secondary College in Preston.  Between 2002 and 2007 Jon taught in Youth programs with NMIT TAFE while also working on a range of film, theatre and education projects alongside indigenous film maker Richard Frankland. In 2000 Jon was awarded the inaugural Peter Clarke Teaching for Reconciliation Award based on his work with the indigenous community at Northland.