Gender Equality and Poverty – an Indian and Mexican perspective

A rare opportunity to hear from two leading gender development specialists, Oxfam India’s Chief Executive Officer Nisha Agrawal and Oxfam Mexico’s Executive Director Consuelo López-Zuriaga Hernández-Gil, discuss the role of Oxfam’s work in their respective countries and the importance of gender equality in social injustice and the reduction of poverty.

To this day, Latin American Countries remain the most unequal region in the world. One of the most critical and pervasive forms of inequality is discrimination against women and girls. In this scenario, women struggle not only to have access to rights and basic services, but also to defend one of the most important things they and their communities have: their territories.

Through looking at stories of Latin American heroines, Oxfam México’s Gender Team has begun to explore some of the gendered implications of inequality in the region. The stories presented in this initiative are inspiring, but they are also a reminder that without explicitly incorporating a gender dimension to inequality, we are giving an incomplete story. Not addressing issues like the gender wage gap, unpaid care work and the criminalization of women activists, will only lead us to inaccurate policy recommendations. Instead, we now need to address inequality without forgetting Oxfam’s mission: putting women’s rights at the heart of everything we do.

India is a paradox on gender equality issues.  At one level, we have had prominent and visible women leaders such as a female President, a female Prime Minister,  several female heads of large political parties at the national and state levels, several Cabinet rank ministers, several captains of industry (particularly in the banking sector), and so on.  And yet, according to the UNDP’s latest Human Development Report (2014), India ranks 135 out of 187 countries on the Human Development Index (HDI) and 127 out of 152 countries on the Gender Inequality Index (GII).  This puts India in the bottom 25 percent of all countries on the HDI and even lower—in the bottom 20 percent on the GII.

The talk will focus on the work of Oxfam India in promoting gender equality and women’s empowerment in a range of areas—economic, social and political. 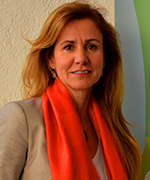 Consuelo López-Zuriaga has worked in the world of development, humanitarian action and international cooperation for many years, building and acquiring expertise on advocacy in a diverse range of areas with Medecins Sans Frontiers and different Spanish NGOs.  In Oxfam her experience includes work as Institutional Relations Director for Oxfam Intermon in Madrid, and as head of the Rights in Crisis campaign at the Oxfam International Secretariat in Oxford. She has extensive field experience, having led humanitarian teams in diverse contexts such as Dominican Republic, Haiti, Ecuador, El Salvador, Rwanda, Ghana, Benin and Togo. Since September 2014 she has held the post of interim Executive Director of Oxfam Mexico. 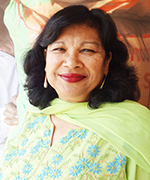 Nisha has been working on poverty, inequality and social development issues for almost 30 years.  Since March 2008, she has been the CEO of Oxfam India. Prior to joining Oxfam India, Nisha worked with the World Bank for almost 20 years from 1989 till 2008. She has extensive experience working in countries in East Asia and East Africa.  Before that, she worked as a Research Associate at the Impact Research Center at Melbourne University, from 1985 to 1989. Nisha is an economist by training and has a Ph.D in Economics from the University of Virginia, Charlottesville, Virginia, U.S.A.

About the global work of Oxfam

Oxfam is world-wide development organisation consisting of 17 affiliates that mobilises the power of people against poverty. Around the globe, Oxfam works to find practical, innovative ways for people to lift themselves out of poverty and thrive. We save lives and help rebuild livelihoods when crisis strikes. And we campaign so that the voices of the poor influence the local and global decisions that affect them. In all we do, Oxfam works with partner organisations and alongside vulnerable women and men to end the injustices that cause poverty. Our work with people living in poverty is guided by a rights-based approach – the belief that every human being has rights and that these rights are inalienable, universal, indivisible and interdependent. We believe that respect for human rights will help lift people out of poverty and injustice, allow them to assert their dignity and bring about sustainable development.