Greece and the Eurozone Crisis

with H.E. Mr. Haris Dafaranos, Ambassador of Greece to Australia

The lecture aims to elucidate the causes that brought on the crisis. On the one hand, the deficiencies of economic governance by the Greek State. On the other, those of the European architecture in 2009.  Aspects such as the European convergence criteria: budget deficit and national debt ceilings, will be addressed, along with the dimension of over borrowing of Greece.  Another crucial question is whether this crisis could have been foreseen and averted.

Other items included in the presentation: 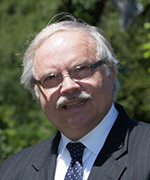 Ambassador Haris Dafaranos will be presenting this lecture on the occasion of his official visit to South Australia.

Ambassador Dafaranos is a career diplomat. Born in Athens in 1955, he studied Law and English Literature. He joined the Hellenic Diplomatic Service in 1980. He has served in Saudi Arabia, Jerusalem, Sweden, South Africa, India, West Africa and in Australia since November 2012.