Refugees, the rule of law and the ethics of protection

Drawing on the recent successful High Court test cases involving offshore processing of asylum seekers, the Malaysia case, and indefinite detention of refugees on security grounds, this lecture examines the common thread and overarching theme in all these cases - the emergence of an ever-deepening tension between the executive and the judiciary about who makes decisions and how those decisions are made.

On the treatment of asylum seekers, successive governments have systematically and fiercely resisted scrutiny by the judiciary and have sought to impose policy based decision-making schemes which operate on executive fiat outside the reach of the rule of law. This context, and the absence of a Federal Human Rights Charter, commands the question: what can be done to better protect peoples' rights, well-being and their freedom from future abuse? The common law 'principle of legality' has the potential - not yet fully realised - to better protect the fundamental rights and freedoms of every individual, whether citizen or not.

This lecture also addresses why the rule of law matters - it matters not only because we have committed internationally to comply with the Refugees Convention - but because these laws, and the principles underpinning them, have been painstakingly designed to provide real protection to people in their daily lives. To explain why we should protect - not expel or indefinitely detain - people who present on our shores, it proposes an approach called the 'ethics of protection', which seeks to fuse the legal, ethical and practical aspects of protection. Otherwise, we are in danger of creating a new Damaged Generation. 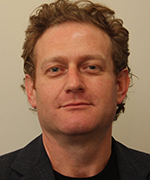 David Manne is a human rights lawyer, and Executive Director of the Refugee & Immigration Legal Centre (RILC). He has worked in various capacities assisting refugees and asylum seekers for over 18 years. Over 10 years ago, he joined RILC, which is the largest and leading provider of free legal assistance to disadvantaged migrants, asylum seekers and refugees in Australia. He sat on the Board of the Refugee Council of Australia for seven years, and currently sits on a number of other non-governmental Boards and peak Government and inter-governmental consultative bodies.

He was selected as a non-government organisation member of the Australian Government delegation to the 2008 UNHCR Executive Committee meeting in Geneva, and was invited by UNHCR Headquarters to participate and present at an international roundtable on detention in Geneva. In 2010, he was invited to attend the High Commissioner for Refugees' 'Dialogue on Protection Challenges', and to sit on the High Commissioner's Advisory Board. He was a participant in UNHCR Expert Roundtables on Alternatives to Detention (2011), and National Security Assessments (2012).

He has been the recipient of numerous awards, including from the Australian Human Rights Commission. Since 2008, he has been voted by his peers as one of Australia's leading Immigration Lawyers in the international Best Lawyers publication.

David has also headed RILC's legal teams in the recent successful High Court challenges in the cases of Plaintiff M61 v The Commonwealth & Ors (regarding the Government's 'offshore processing' regime in Australia) and Plaintiffs M70/M106 v The Commonwealth & Ors (regarding the Government's 'Malaysian Solution'); as well as in the case of M47 v The Director-General of ASIO & Ors (challenging the adverse security assessment and indefinite detention of a refugee).