Since 9/11 it has been commonplace to think of the human world as under siege. Today, more than a decade later, we understand more about the deeper structural elements of the troubles the human order of things is facing. Chief among them are the unconscious forces of a history of collective guilt, the demonic side of technological speed that inserts itself even in the souls of individuals, and the undeniable extent to which nature, long considered our playground, has turned on us, to extract its revenge.

The Bob Hawke Prime Miniserial Centre and the Hawke Research Institute are pleased to present this series of Conversations between academic leaders at UniSA and visiting scholars and experts. This series commenced in 2009 and enables us to extend our thinking about topics that emanate from a more globalised world view.  Among the topics in the spotlight are: race, diaspora and postcolonial studies; new media and technologies; and, globalization studies and education.

Charles Lemert is widely acknowledged as one of the most acclaimed sociologists working in the world today, and has been hailed as "America's most pre-eminent social theorists". Professor Lemert is University Professor and John C Andrus Professor of Social Theory Emeritus at Wesleyan University and Senior Fellow of the Center for Comparative Research at Yale University. He is the author and editor of many books, most recently Why Niebuhr Matters (Yale University Press, 2011), The Structural Lie: Small Clues to Global Things (Paradigm, 2011), Globalization: A Reader (ed. with Anthony Elliott, Daniel Chaffee, and Eric Hsu) (Routledge, 2010) and The New Individualism (with Anthony Elliott) (Routledge, 2009).

Anthony Elliott is Director of the Hawke Research Institute, where he is Research Professor of Sociology at the University of South Australia. He is a Fellow of the Academy of the Social Sciences in Australia and is the author and editor of some thirty books, translated into over a dozen languages. His most recent books include Making The Cut: How Cosmetic Surgery is Transforming our Lives (Chicago University Press, 2008), The New Individualism (with Charles Lemert, Routledge, 2009), and Reinvention (Routledge, 2013). 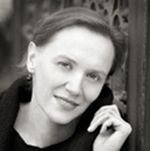 Jennifer Rutherford is Deputy Director of the Hawke Research Institute. She holds degrees in sociology, the sciences of language and social anthropology, and has trained as a psychoanalyst with the Ecole de la Cause Freudienne, Paris. She was the Foundation Convener of the Australian Studies Program at ANU from 1994 to 1998 and has held research fellowships in English at the University of Sydney, and in cultural studies at Macquarie University. She is the author of The Gauche Intruder (2000), producer of a documentary film titled Ordinary People, along with numerous journal articles and keynote addresses.