The Hawke Centre is delighted to again be working with the Adelaide Film Festival and the Adelaide Festival of Ideas to present a new film and a number of thought provoking discussion sessions. These will include an Australian Premiere of the film Beatriz's War, East Timor's first feature film, along with FOI presentations featuring Annabel Crabb, Gareth Evans, film maker Warwick Thornton in conversation with Margaret Pomeranz, and an in-depth discussion session on Beatriz's War. 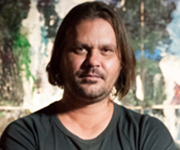 Warwick ThorntonWarwick's new film The Darkside is a hybrid feature - true stories, actors, drama, doc and ghosts combined.  The stories are real - collected from communities all over Australia and recreated by actors.  Thornton has emerged as an internationally significant writer, director, cinematographer and visual artist whose ideas are now being expressed across genres and mediums.  An early champion of Warwick's work, Margaret will explore with him the sources of his inspiration, the vision he has for his work, the ideas that get him going and the way his career has evolved.  A rare opportunity to hear form a very individual Australian talent. 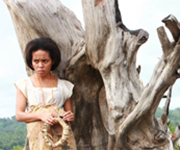 Beatriz's WarEast Timor's first feature film has an epic span covering the 24-year period of Indonesian occupation and has a power born of overwhelming immediacy.  Beatriz and Tomas grow up together but are torn apart by the war.  The film focuses on the life of women under occupation: their struggles, fears, loves, and strengths.  It is a passionate story of one woman's conviction to remain true to the man she loves and the country for which she fought. 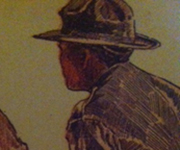 When is it right to fightThe future is uncertain for the doctrine of 'Responsibility to Protect', embraced by the UN in 2005. Facing terrible crimes against humanity, international consensus has disappeared. Prof Gareth Evans discusses the scope and limits of the doctrine, hazards associated with military intervention to protect civilians, and whether optimism that the world will be able to say "never again" to genocide atrocities is just a hopeless dream. 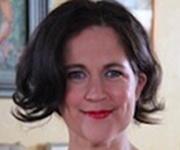 Whatever happened to the term 'bipartisan approach'? The state of political rhetoric is more vicious than ever before. Why? Is it a sign of an ageing, angry population, is it the shock jocks, or are the rabid front pages to blame? And what exactly IS a troll? Annabel Crabb, Peter Fray, David Marr and Gideon Haigh ask how we inject civility back into our national discussion. 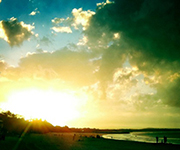 Story behind Beatriz's WarBeatriz's War heralds the birth of a film culture in East-Timor. What does this mean for our close neighbours? A conversation with co-producer and activist Lurdes Pires, co-writer and lead actor Irim Tolentino, co-writer and co-director Luigi Acquisto, with special guests.