What are the costs - at once personal, social and environmental - of our civilization's carbon addiction?  Does the Age of Tough Oil necessarily mean the 'powering down' of societies?  What does the future hold for people, energy and climates in a post-carbon world?  In this wide-ranging discussion with one of Europe's most celebrated social thinkers, John Urry discusses the scale, speed and impact of future energy changes over the next century.  From oil dregs to carbon rationing, Urry envisions the future of an oil-dependent world facing energy descent. 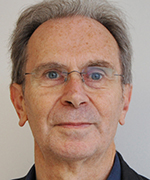 John Urry is widely acknowledged as one of Europe's most important social theorists.  He is Distinguished Professor of Sociology at Lancaster University. Educated at Cambridge University, he is the editor of the International Library of Sociology; Co-editor of Mobilities and Director of the Lancaster Centre for Mobilities Research. His recent books include Automobilities (2005), Mobilities, Networks, Geographies (2006), Mobilities (2007), Aeromobilities (2009), After the Car (2009), Mobile Lives (with Anthony Elliott, 2010), Mobile Methods (2011), The Tourist Gaze 3.0 (2011) and Climate Change and Society (2011). 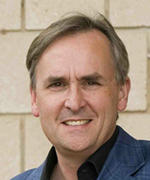 Anthony Elliott is Director of the Hawke Research Institute, where he is Research Professor of Sociology at the University of South Australia. He is a Fellow of the Academy of the Social Sciences in Australia and is the author and editor of some thirty books, translated into over a dozen languages. His most recent books include Making The Cut: How Cosmetic Surgery is Transforming our Lives (Chicago University Press, 2008), The New Individualism (with Charles Lemert, Routledge, 2009), and Reinvention (Routledge, 2013).