The 19th Annual Hawke Lecture was delivered by The Reverend Canon Mpho A. Tutu in an Australian exclusive. 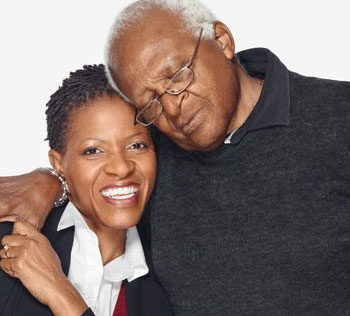 The Reverend Canon Mpho A. Tutu

The Reverend Canon Mpho A. Tutu is an ordained Episcopal Priest and the founding Director of the Desmond & Leah Tutu Legacy Foundation. For several years prior to her ordination, she was the Director of the Discovery Program at All Saints Church, a weekday and summer ministry for children in downtown Worcester, Massachusetts.  She also worked as the Seminarian Associate at St Michael’s-on-the-Heights Church in Worcester. She studied and taught in Grahamstown, South Africa, at the College of the Transfiguration, the Provincial Episcopal seminary of Southern Africa.  While at the College, she joined the Mother’s Union, and worked in both Xhosa- and English-speaking congregations.  With a grant from the Episcopal Evangelical Education Society, she initiated a pastoral care ministry for rape survivors and their families.

Rev. Tutu began her ordained ministry at the Historic Christ Church in Alexandria, Virginia.  She is an experienced public speaker and preacher having addressed groups and congregations as diverse as The National Cathedral in Washington and Mother Bethel AME church in Philadelphia, and St Georges Cathedral in Cape Town.  She was the preacher for the Ordination of Bishop Larry Provenzano of Long Island USA.  Rev. Tutu  has also delivered addresses at secular and multi-religious events such as The Annual World Congress of Children’s Hospice International and the Women’s Club of Richmond. For five years, she was Director of the Bishop Desmond Tutu Southern African Refugee Scholarship Fund of the Phelps Stokes Fund.  This program provided four-year full scholarships to refugees from South Africa and Namibia.  Rev. Tutu has worked as a volunteer teaching in an English as a second language (ESL) ministry in Alexandria, VA. Rev. Tutu holds a Master of Divinity Degree from the Episcopal Divinity School in Cambridge, MA.  She was awarded a Women Living Religion Fellowship by the MacMillan Center at Yale University in New Haven. She is a trustee of Angola University, and is the Executive Director of the Desmond & Leah Tutu Legacy Foundation  - an organisation founded by her father, The Most Reverend Desmond Tutu, and her mother Leah. Rev. Tutu co-authored Made for Goodness with her father, and Tutu: The authorised portrait with award winning journalist Allister Sparks.  They also wrote the foreword to National Geographic’s book, Geography of Religion.  She authored the foreword of Footprints in the Sand: Caregivers of South Africa and recently co-authored The Book of Forgiving together with her father. She serves as Patron for the Global Children’s Radio Foundation (CRF) and Women’s Achievement Network for Disability (WAND).

Rev. Tutu is the mother of two daughters, Nyaniso and Onalenna Burris.