This scholarship was supported by the Europa-Institut, Saarland University, in cooperation with ASKO EUROPA-STIFTUNG, the Europäische Akademie Otzenhausen and the Centre international de formation européenne (Cife), the German Academic Exchange Service (DAAD) and the German Ministry of Foreign Affairs. 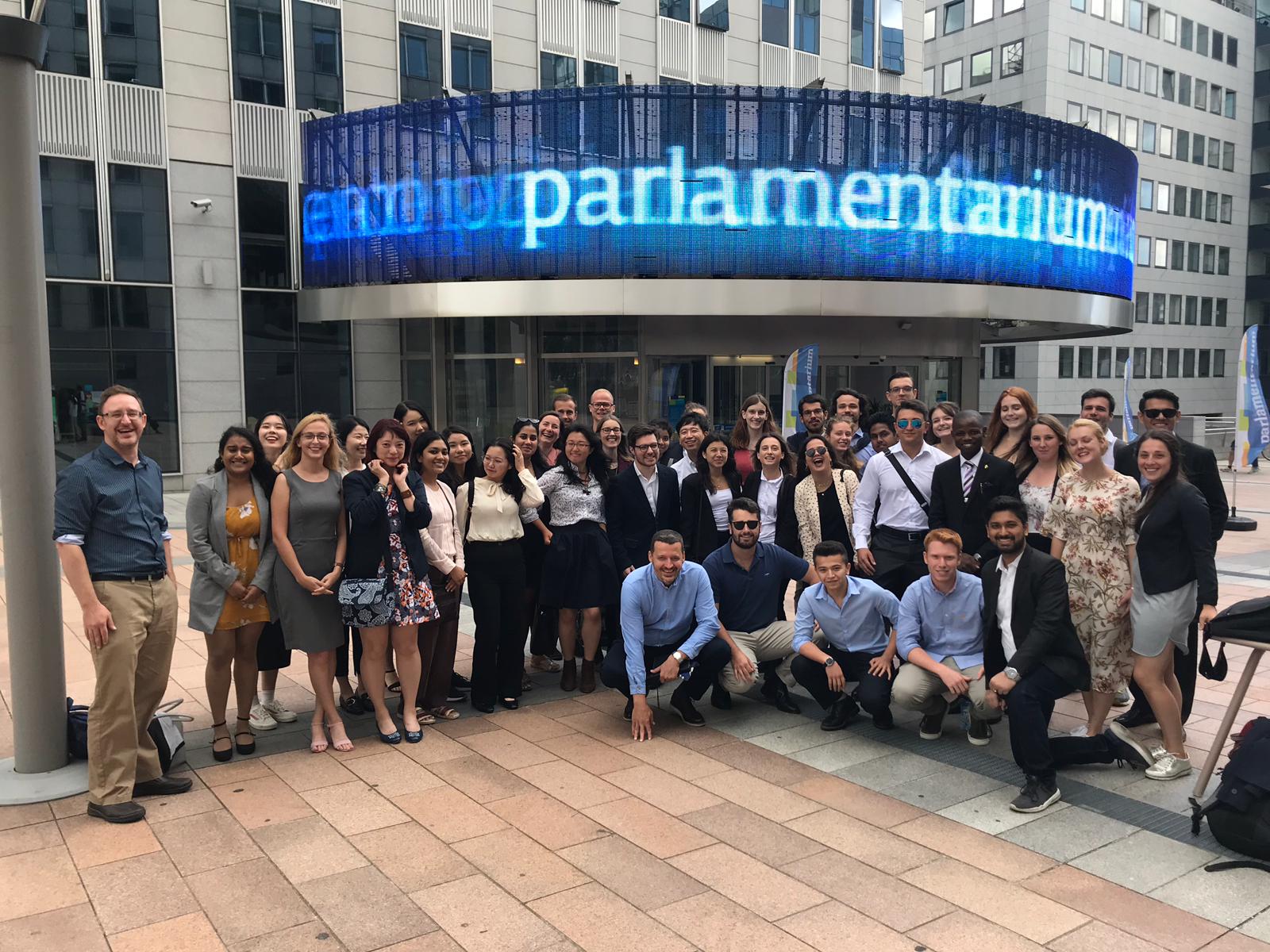 One of the first memories that come to mind from my time at the Europäische Akademie Otzenhausen (EAO) is the daunting feeling I felt during my first workshop of the summer course, when I realized how little I knew about the European Union. This feeling only grew stronger when we went around the room introducing ourselves and I realized that many of my peers were either studying their Masters or PhD’s. Some were even undertaking their second PhD’s. 47 brilliant and passionate minds had enrolled in the summer school and it took less than an hour for me to realize that there was not a single person in that room who wasn’t humble, friendly, welcoming and helpful. The group consisted of students from different disciplines such as law, international relations and political science. Although I was expecting a vast majority of the other participants to be law students, I must admit that the mix of participants from different disciplines only made the learning process all the more rewarding and insightful.

Over the two intensive weeks I had the privilege of learning about the European Union from some of the best academics from across Europe against the beautiful backdrop of Oztenhausen. One of my favourite lectures from the summer school was Dr.Oskar Gsterin’s (University of Groningen) lecture on data protection and digitalisation within the European Union. It was certainly interesting to learn about the different policies adopted to protect data across the largest regional integration which is home to over 513 million people. The workshop that followed the lecture gave us an opportunity to work as groups to identify the challenges faced by the current data protection policies and prepare proposals for reform. 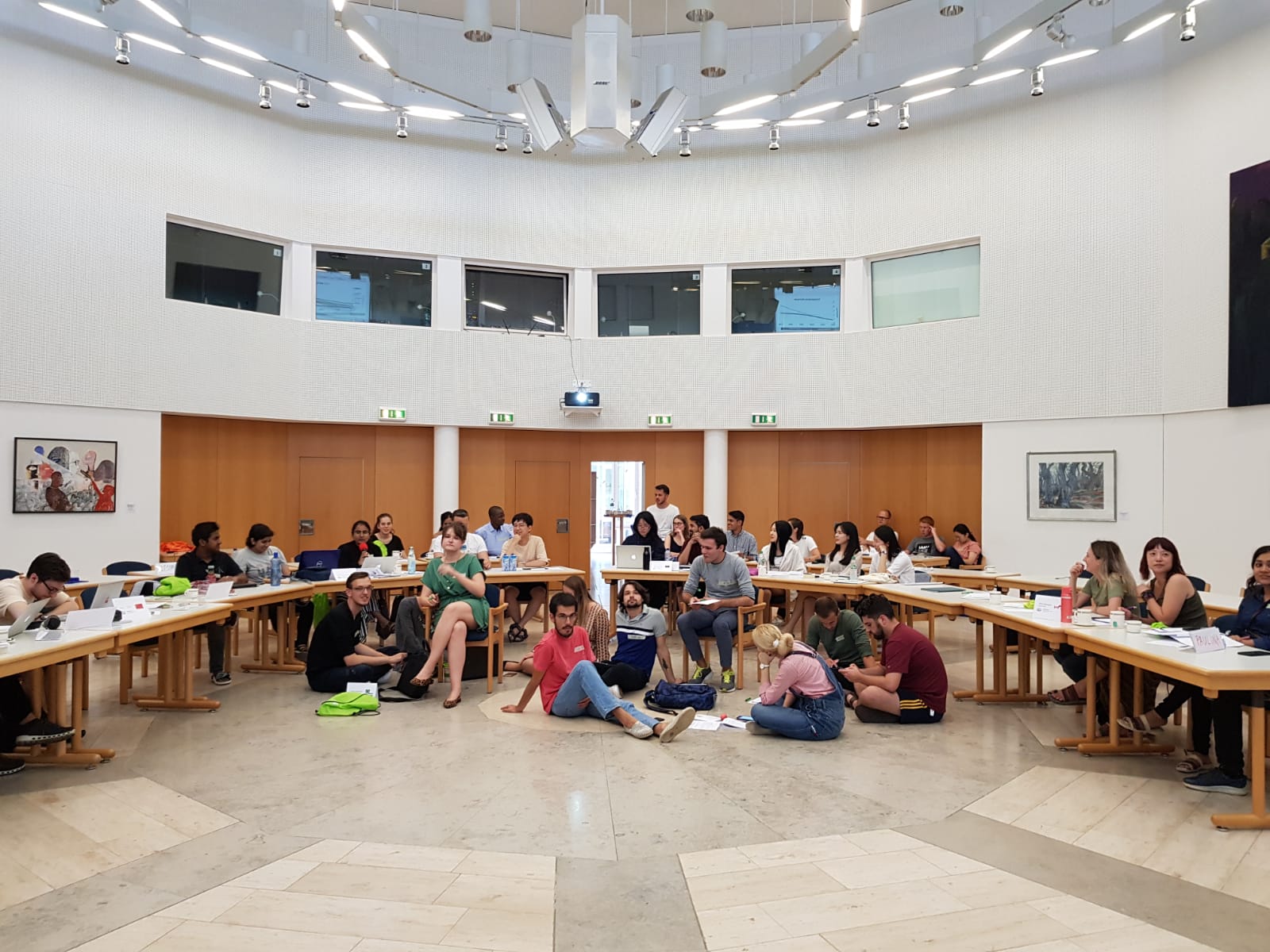 Another workshop that I enjoyed was that conducted by Prof. Dr. Thomas Giegerich (Europa-Institut, Saarland University) on Human Rights Protection in the European Union. During the workshop, I had the opportunity of engaging in a friendly discussion with Prof. Dr. Thomas on the protection of Human Rights in Australia. Prof. Dr. Thomas was amused by the arguments I made in favour of Australia’s lack of a Bill of Rights to protect Human Rights. Although Prof. Dr. Thomas did not agree with my viewpoint, at the end of the workshop, he applauded my passion in attempting to convince him. This was one of the highlights for me from the summer school. I never expected to be engaging in a conversation with one of the most brilliant academics of the Saarland University on Australia’s position in protecting human rights.

The summer course was not only a learning opportunity but also gave me the chance to reflect on my own knowledge and make comparisons of the structure of the legal system between Australia and the European Union. This knowledge that I was able to acquire at a very early stage of my degree will certainly be beneficial for my future studies.

The theoretical knowledge we gained each day was put to practice by workshops and simulations designed to reflect real world scenarios. Each lecture was followed by a workshop for which all the participants were divided into groups. This not only allowed us to develop practical skills but also a gave us an opportunity to work with and learn from our peers. Brexit negotiations and trials in the European Court of Justice were both informative and fun. One day I was a climate activist lobbying for the reduction of greenhouse gasses and the next day I was Michel Barnier negotiating yet another delay on UK’s withdrawal from the European Union with my colleague who played the role of Boris Johnson. These practical exercises were an eye opener in understanding the challenges faced during negotiations in the European Union. Theory and simulations were great, but the excursions to the different institutions was quite another thing. Visiting the European Council, European Parliament and the European Court of Justice and meeting the people who are the backbone of the functioning of the EU was a great way to round up the knowledge we had acquired over the two weeks. Standing in the European Parliament, you could almost envision the collective work of hundreds of individuals from different countries, in their effort to maintain not only the trade relations between the member states but also the effort to maintain peace in a historically troubled continent.

Lastly, I would like to speak about the 46 other participants in the summer course. I never expected to make such good friends in a span of two weeks. We ate together, studied together, journeyed the streets of Brussels and Strasbourg together and cried together every time the coffee ran out. The knowledge and experiences each participant shared made the learning process all the more enjoyable. There was not a single person in the group who was not ready to help each other. This was not only an opportunity to develop my global network but also allowed me to make some great friends from across the world. From PhD law students like Jana from Czech Republic to newbies like myself, we were a group of different levels of knowledge but with the same passion and eagerness to learn. The summer course would not have been the same without the 46 unique personalities.

I should end by thanking the Hawke EU Jean Monnet Centre for giving me this amazing opportunity and in particular Dr. Louis Everuss, for all his support leading up to the summer course. I would also like to acknowledge Mr Alexander Metternich (EAO) and Ms. Lisa Roth for their effort and guidance throughout the summer course. Last but not least I would like to thank my fellow participants, who have now become lifelong friends for their active participation in the course. My family and friends are constantly reminded of my numerous adventures from my time away in Europe. Lastly, I would like to urge others to take up this life-changing opportunity and go and study in the beautiful Oztenhausen. 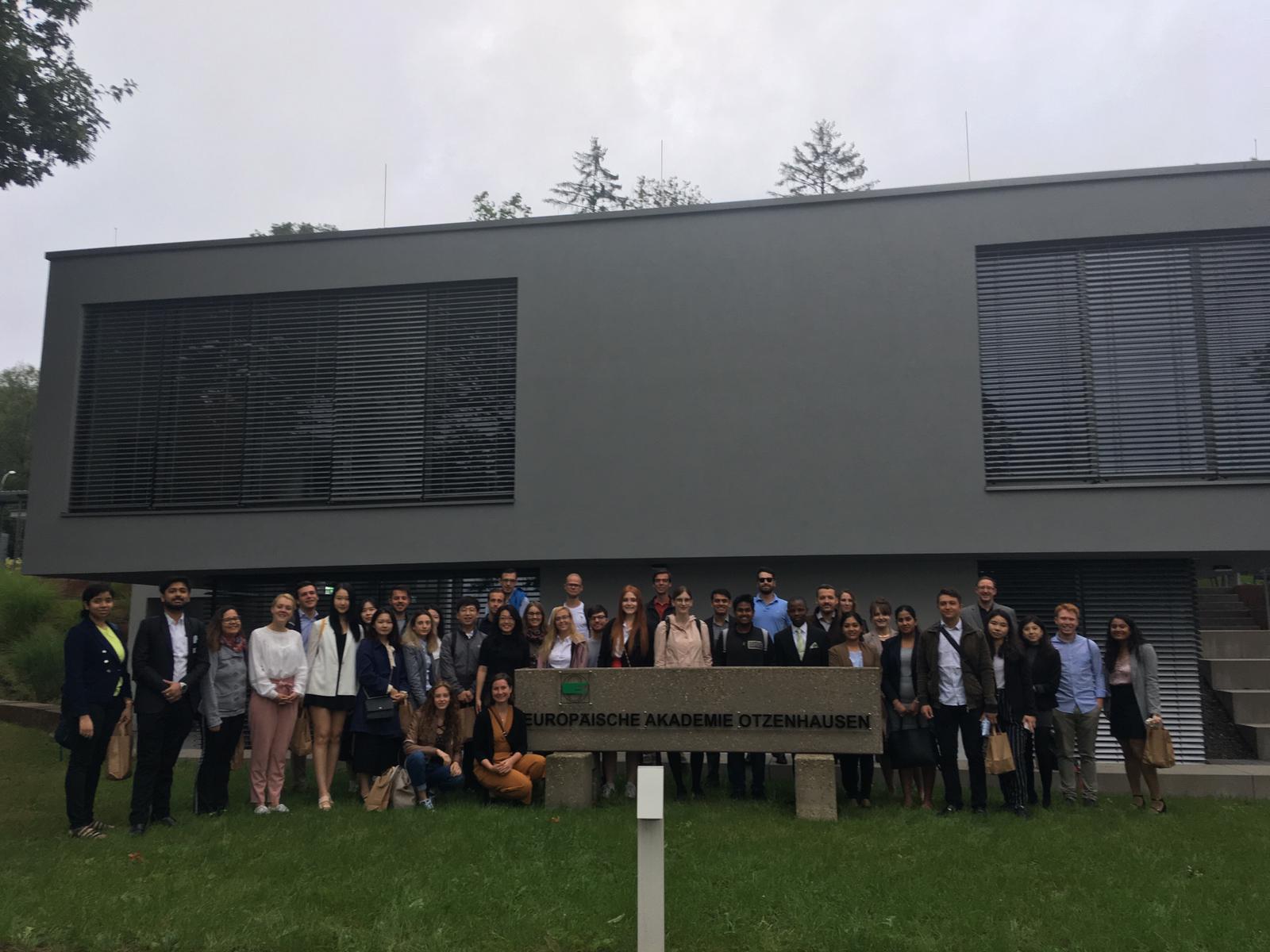