The EUVP is jointly sponsored and administered by the European Parliament and the European Commission and has been in operation since 1974. Australia has participated in the programme since 1983 sending over 140 visitors to Europe during that time.

The EU Delegation in Australia is now calling for entries to next year's European Union Visitors Program (EUVP) an opportunity to see the European Union's institutions up close.

What is the EUVP?
The objective of the European Union Visitors Program (EUVP) is to enable young leaders, potential leaders and multipliers from non-EU countries to obtain first-hand impressions of the Union's policies, Institutions and achievements and to increase the mutual understanding between professionals from non-EU countries and their EU counterparts.
The EUVP is jointly sponsored and administered by the European Parliament and the European Commission and has been in operation since 1974. Australia has participated in the programme since 1983 sending over 140 visitors to Europe during that time.

The length of the EUVP visit is normally 5 working days in Brussels, though visitors with a political profile are exceptionally invited to attend a 3-day plenary session of the European Parliament in Strasbourg, in which case the tour will last a maximum of 8 working days.  The program consists of meetings with officials at the EU institutions in Brussels and where applicable, in Strasbourg and/or Luxembourg. All programs are coordinated and arranged by the EUVP Secretariat (in Brussels) and not by the individual participants or by the EU Delegation in Australia. Travel and per diem costs are covered by the EUVP.

Who is eligible to participate?
Those eligible to participate are government/parliamentary officials (local, state and federal), journalists, trade unionists, civil society actors and educators/think tanks with career-related interests in the European Union.  The EUVP is not open to students. Participants are required to have completed their university education or equivalent training and to have been employed for several years in their chosen career/field.

What is the application process?
The Delegation in Canberra is responsible for the initial screening of applications from Australian citizens living and working in the region.

Applications should be made in the form of a letter addressed to:
EUVP Applications
Attention: Tracy Dennis
Delegation of the European Union to Australia
18 Arkana Street
Yarralumla ACT 2600 Australia

The letter should be brief and must contain:
A description of your current position and area of expertise.A brief outline detailing why you should be considered and specifically how it relates to your career objectives
In addition, you must complete the EUVP application form, provide a Statement of Purpose (see example in this link) and include your current CV. 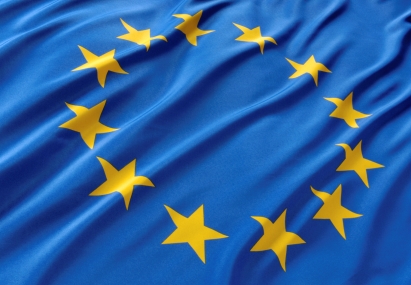