Professor Anthony Elliott is Executive Director of the Hawke EU Jean Monnet Centre of Excellence and the Jean Monnet Network. He is also Dean of External Engagement and Research Professor of Sociology at the University of South Australia.

Professor Elliott is a specialist in European social theory, and holds a PhD from Cambridge University – where he studied with Lord Anthony Giddens – and a BA (Hons) from the University of Melbourne.

Dr Louis Everuss is a Research Associate and Coordinator at the Hawke EU Jean Monnet Centre of Excellence, University of South Australia, where he has previously lectured in sociology in the School of Creative Industries. Dr Everuss’ primary research interests are located in the sociological study of mobilities, migration, globalization, political and media communication and climate change. His work has studied how systems of mobility are incorporated into representations of sovereign outsiders, and how public opinions of climate change are impacted by national context. His work has been accepted for publication or published in the Journal of Sociology, Applied Mobilities and the Blackwell Encyclopedia of Sociology and featured in Nature Climate Change.

In 2017 Dr Everuss was appointed as coordinator of the Hawke EU Centre. In this role Dr Everuss has facilitated significant EU focused public events and research activities. These include international summits on migration and refugee policy, as well as seminars and workshops examining urban mobilities, disasters, and the social impacts of modern robotics and AI. In 2018 Dr Everuss worked as part of an international team to develop successful grant applications under the EU’s Erasmus+ Programme to establish a Jean Monnet Network and Jean Monnet Centre of Excellence at the University of South Australia. As Coordinator and Research Associate of these Jean Monnet Actions, Dr Everuss continues to work on building EU-Australia networks and facilitating EU focussed research activities.

Dr Ross Boyd is a Senior Research Associate in the External Relations and Strategic Projects portfolio at the University of South Australia. He is a member of a team based at UniSA that is working on an ARC funded project exploring AI, Robotics and the future of work, an ARC funded project studying Industry 4.0 and work and life transformations, a Toyota Foundation funded project researching socially assistive robotics in aged care, and an EU funded project on Digital technologies, Transformations and Skills. His research interests span the fields of social and cultural theory, economic sociology and the sociology of education. He is currently collaborating with Professor Robert Holton on the development of an economic sociological approach to the challenges of intelligent and social machines.

Professor Martin Holland, holds New Zealand’s only Jean Monnet Chair (ad personam), is Director of both the National Centre for Research on Europe at the University of Canterbury and of European Union Centres Network in New Zealand and is an active member of a number of international EU research networks.

Professor Holland has taught at the University of Canterbury since 1984: in 2000 he established the National Centre for Research on Europe, New Zealand’s only dedicated EU tertiary level centre. The NCRE is now in its fourteenth year and comprises 6 academic staff, has over twenty post-graduate students and Australasia’s only undergraduate European and EU Studies major degree programme. In the last two six-yearly research assessment cycles in New Zealand (PBRF) he received an A grade denoting a recognised international reputation.

Professor Holland is the author of over one hundred articles as well as twenty-three books (single-authored, co-authored and edited collections), two recent titles being “Development Policy of the EU” (with M. Doidge, Palgrave, 2012) and Communicating Europe in the Times of Crisis: External Perceptions of the European Union (Ed. with N. Chaban, Palgrave-McMillan, 2014). 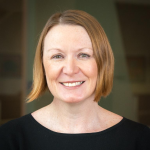 Professor Susan Luckman is Associate Director: Research and Programs of the Hawke EU Centre and Professor: Cultural Studies in the School of Communication, International Studies and Languages. Prof Luckman is an interdisciplinary cultural studies scholar whose work is concerned with the intersections of culture, place and creativity. Her research explores these relationships in relation to creative and cultural industries, cultural work and social inclusion, digital media, and grassroots innovation. She is currently Chief Investigator on a 3 year Australian Research Council Discovery Project 'Promoting the Making Self in the Creative Micro-economy’ which explores how online distribution is changing the environment for operating a creative micro-enterprise and, with it, the opportunities for mobile working lives and the impacts upon the larger relationship between public and private spheres this entails. She is the author of Craft and the Creative Economy (Palgrave Macmillan 2015), Locating Cultural Work: The Politics and Poetics of Rural, Regional and Remote Creativity (Palgrave Macmillan 2012), and co-edited the anthology on creative music cultures and the global economy (Sonic Synergies,Ashgate 2008), and numerous book chapters, peer-reviewed journal articles and government reports on cultural work.

Professor Luckman is a Chief Investigator on an ERASMUS+ Monnet Project Grant: Creative Industries and the Digital Economy as Drivers of EU Integration and Innovation (CIDEII)

Learn more about this project

Migration, Mobilities and Cultural Identities in the EU and Australia Research Platform Co-Leader

Dr. Eric L. Hsu is a Lecturer at the School of Communications, International Studies, and Languages at the University of South Australia (UniSA). He is an Associate Member of UniSA's Centre for Sleep Research. Previously, he was an Associate Lecturer of Sociology at Flinders University. In 2014, he was a Visiting Research Fellow at the College of Sociology at Rikkyo University, Japan. Dr. Hsu is an emerging expert in the sociology of sleep and in the sociological study of time, especially on the issue of social acceleration. His research also extends into the sociology of disasters and globalization studies. He currently sits on the Editorial Board of Palgrave Communications.

Migration, Mobilities and Cultural Identities in the EU and Australia Research Platform Co-Leader 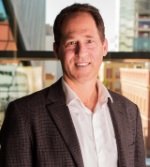 I am presently investigating multiculturalism and migration in regional Australia. My research emphasises the importance of investigating the micro or everyday lived experiences of migration and interculturality while drawing on macro factors impacting these experiences. Building on this research I am also investigating the role of local government leadership in managing and promoting diversity in their communites, and the complex ways that Hazara Afghans negotiate their multiple identities as Hazara, Afghan, Muslim, Australian, and from a refugee background.

Professor Bob Holton’s background lies in sociology, social theory and social history. He was Professor of Sociology at Flinders University from 1995 to 2000, and Professor of Sociology at Trinity College, Dublin from 2001-9. He was also Director of the Policy Institute at Trinity from 2002-6. He continued as Emeritus Professor of Sociology at Trinity College, while welcoming the opportunity to join the Hawke EU Centre at the University of South Australia as Adjunct Professor of Sociology. His research on globalization, its history, dynamics, and policy challenges continues. Professor Holton has just published a major study of Global Inequalities. Recent publications include a second revised edition of the Routledge International Handbook of Globalization Studies which he is co-editing with Bryan Turner, and a revised retrospective essay on the Cultural Consequences of Globalization, looking back on trends over the last 15 years since his first thoughts on this subject were published in the Annals of the American Academy of the Political and Social Sciences. He is currently working on social transformation, robotics, and artificial intelligence, as well as an essay on cosmopolitanism and global capitalism. Recent books include, Cosmopolitanisms (2009), Globalization and the Nation State, 2nd revised edition (2011), Global Finance, (2012) and Global Inequalities (2014).