In the presence of His Excellency the Honourable Hieu Van Le AO,
The Governor of South Australia

Australia had a proud history of accepting refugees and migrants during the second half of the twentieth century. This oration reflects on recent developments in Australia's approach to immigration and multiculturalism, and the different ways in which the idea of 'sanctuary' shapes our society's response to outsiders. 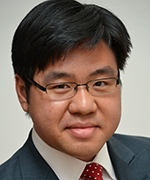 Dr Tim Soutphommasane is Race Discrimination Commissioner and commenced his five-year appointment on 20 August 2013. Prior to joining the Australian Human Rights Commission, he was a political philosopher at the University of Sydney. His thinking on multiculturalism and national identity has been influential in reshaping debates in Australia and Britain. During his term, Dr Soutphommasane will be an advocate for a fairer Australia and drive the Commission’s efforts to combat racism.

Dr Soutphommasane is the author of three books: The Virtuous Citizen (Cambridge University Press, 2012), Don't Go Back To Where You Came From (New South Books, 2012), and Reclaiming Patriotism (Cambridge University Press, 2009). He has been an opinion columnist with The Age and The Weekend Australian newspapers, and in 2013 presented “Mongrel Nation”, a six-part documentary series about Australian multiculturalism, on ABC Radio National. He is a board member of the National Australia Day Council and a member of the advisory council of the Global Foundation.