Gender-responsive budgeting in the Asia-Pacific region

About the research team

Rhonda Sharp is the project team leader and its chief researcher. She is an Adjunct Professor of Economics at the University of South Australia. She has an international reputation in the field of gender and government budgets and has undertaken research and consultancies for several governments and international agencies in the Asia-Pacific region. Professor Sharp's development of a conceptual framework for gender-responsive budgets has had a significant influence on initiatives implemented in Australia and internationally. She is a former president and board member of the International Association for Feminist Economics and was a member of the UN 2007–08 Expert Group 'Financing gender equality and women's empowerment'. Rhonda's current research includes gender and public finances, social reproduction, work and households in a restructuring Australia, and epistemologies of workplace change in engineering work. 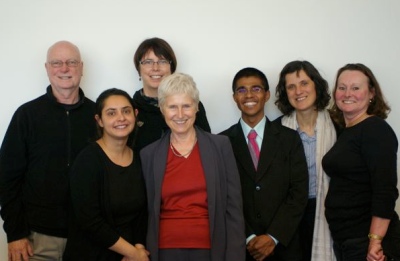 Diane Elson's contribution to the project includes assisting in the research design and qualitative and quantitative analysis of the data gathered by the research team. She is an expert on gender-responsive budgeting and a member of the UK Women's Budget Group. She has a long record of research on gender and development and is included as one of the key thinkers in the book Fifty Key Thinkers on Development (edited by David Simon, Routledge, 2005). Professor Elson was a member of the UN Millennium Project Taskforce (2002–05) and the Advisory Committee for UNRISD Policy Report on Gender and Development (2003–05). She is a former vice-president of the International Association for Feminist Economics. From 1998 to 2000 she served as Special Advisor to the Executive Director of UNIFEM (the United Nations Development Fund for Women). Diane's research interests include gender and fiscal policy, gender and international trade, and human rights and economic policy. 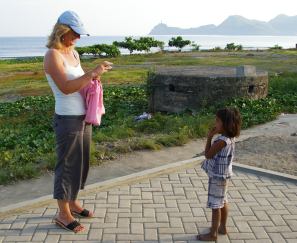 Siobhan Austen has primary responsibility for the project's quantitative analysis involving large databases for the two country case studies of Indonesia and Timor Leste. She is an Associate Professor in the Department of Economics and Finance at Curtin University and Co-Director of the Women in Social and Economic Research (WISER) unit. Assoc Prof Austen has undertaken a range of research projects relating to women's economic circumstances and empowerment. These include analyses of young women's educational and employment opportunities, the consequences of demographic change for women's employment prospects, and the employment and retirement savings experiences of older women.

Monica Costa was the full-time research assistant on the project contributing to the collection of the quantitative and qualitative data for the project, including field research in Indonesia and Timor, analysing the data and developing the website. She holds a Master of Arts in Gender and Development from the Institute of Development Studies (IDS), University of Sussex, United Kingdom. She has extensive experience in policy making and its implementation in fragile states. Most recently she held a position as a gender advisor to the government of Timor Leste. Further, she has solid experience in research action and advocacy work related to gender equality and experience in the non-government sector. Her research interests include gender and public finance, and gender and the labour market.

Sanjugta Vas Dev was a research assistant on the project and a contributor to the country profiles. She completed her PhD in 2008 on the links between non-government organisations and government in Malaysia and Australia. She has been engaged in numerous research projects in the area of gender and development with a focus on poverty and public expenditure management. Sanjugta was a member of the team (with Professor Sharp) that undertook research and training in Samoa and the Republic of the Marshall Islands for the Asian Development Bank funded project Gender- and Youth-Sensitive Public Expenditure Management in the Pacific. Her research interests include government–civil society engagement, gender and migration.

Dr Reina Ichii was a contributor to some of the project country profiles. She is currently a lecturer in the School of Global Studies, Social Science and Planning at RMIT. Reina completed a PhD in 2007, which included the development of new indicators to measure the budget performance of the Australian government's childcare policies, in order to enhance budgetary transparency, accountability and gender equality. Her research interests include gender and public finances and time use analysis.

Dr Broomhill is Adjunct Associate Professor in Labour Studies at the Australian Institute for Social Research, University of Adelaide. He has contributed to the project through academic advice and assistance with the research design and preparation of research materials. Ray's research interests are in the fields of global political economy, gender studies and Australian public policy. Previously he has collaborated with Professor Rhonda Sharp on a range of gender-responsive budgeting research projects. He is currently engaged in researching the impact of global restructuring on working experiences and gender relations within different types of socioeconomic households in Australia.

Anuradha Mundkur is the Associate Director of the Gender Consortium, Centre for Development Studies, Flinders University. As a research assistant on this project, Dr Mundkur contributed to the development of the country profiles, glossary and explanatory notes on key indicators used in this study. Anu has a PhD in e-governance from Syracuse University, USA. Her current activities at the Gender Consortium include curriculum design and training delivery on gender and good governance.

In this project, Dr Jan Edwards contributed to the project with advice on the education sector and its gender implications in the context of Indonesia. She is an Adjunct Research Fellow Education at the University of South Australia. Jan has extensive experience on education and gender issues in a wide range of countries, including Australia, Indonesia and Papua New Guinea. She has been engaged in a range of research programs on education policy and its implementation. Her research interests include gender and education, gender and poverty, and social inclusion/exclusion.

Herminio Xavier was a participant in a research mentoring component of the Gender-Responsive Budgeting in the Asia-Pacific Region project at the Hawke Research Institute, University of South Australia. Mr Xavier is a research officer in the government department dedicated to gender equality in Timor-Leste, the Secretary of State for Promotion of Equality. Herminio visited Adelaide in June 2009 to establish relationships with key organisations in South Australia and discuss with the project team avenues for sustainably expanding gender-responsive budgeting in Timor-Leste. His research interests include gender and education, gender and cultural practices and masculinity.

Kate Leeson is the editor at the Hawke Research Institute, University of South Australia. She provided advice and assistance in the development of the project's website.

A particular teleconference with Debbie Budlender, CASE, Cape Town, South Africa provided critical contexts to gender-responsive budgeting in several countries in the region. Barbara Brougham of Writeword, Adelaide, Australia developed the project logo and provided editing assistance. Many other individuals and institutions in the Asia-Pacific region have contributed their experiences and stories to this website. They are too numerous to mention individually.