Gender-responsive budgeting in the Asia-Pacific region

What is our purpose?

Gender-responsive budgeting has caught the attention of activists, gender researchers, policy makers and the development community across the globe and has become an integral part of efforts to advance gender equality. The challenge is how to devise and implement sustainable gender budgeting with objectives consistent with a country's circumstances. 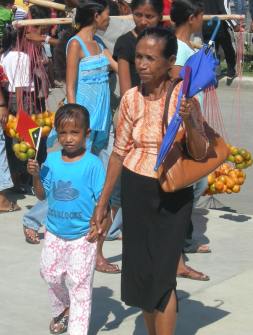 Despite being 'invented' in Australia in the mid 1980s, and increasingly taken up in a variety of ways by Asia-Pacific governments and civil society groups, there is little published research on the region's gender-responsive budgeting initiatives and limited understanding of their possibilities. Major aid programs in the region have been relatively slower than elsewhere in the world to use gender-responsive budgeting approaches to promote women's economic empowerment.

This project seeks to fill a gap in existing knowledge by examining the practices of, and potential for, integrating a gender perspective into budgetary processes in the Asia-Pacific region. The research aims to inform stakeholders in the development process how public expenditure and revenue raising can contribute to equality between men and women and to women's economic empowerment. It also seeks to generate resources that are specific to the region that can be used by governments, civil society, researchers and policymakers.

What is our approach?

This project uses quantitative and qualitative data to undertake:

This two-year research project was initially funded by an Australian Development Research Award, a national competitive grant scheme financed by the Australian Agency for International Development (AusAID), from 2008 to 2010.