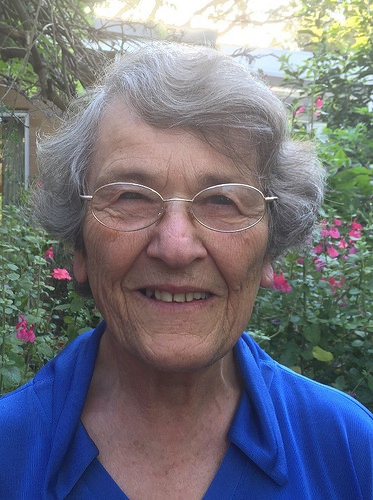 Associate Professor Monica Oliphant has received well-deserved recognition 2015 for her research and tireless advocacy of solar voltaics and renewable energy. In June she was bestowed an Office of the Order of Australia on the Queen's Birthday Honour list for distinguished service to the renewable energy sector. Today, the awarding of Senior South Australian of the Year 2016 recognises her lifelong commitment to improving all people's access, particularly those of lower socio-economic status, to environmentally and economically sustainable energy.

Monica's original tertiary and working background was as a laser physician, however she switched to solar voltaics and renewable energy and spent eighteen years with the Electricity Trust of South Australia (ETSA) during which her research enabled grid connected solar power systems and wind energy in South Australia.

Other notable achievements include as Past President of the International Solar Energy Society (2008-2009), receiving the Ecogen 2011 Award for the 'Most Outstanding Contribution to the Clean Energy Industry','and the World Renewable Energy Network Pioneer Award in 2012. She continues to share her research all over the world including recent travel to China to conduct a feasibility study within China. She has inspired countless individuals, communities, and organisations as Patron of the Corena Fund; focused upon the power of community to fund solar power installations.

Her Adjunct Associate Professorship with the Barbara Hardy  Institute, a sustainability research concentration within the Schoolf of Engineering and the Division of Information Technology, Engineering and the Environment, is much valued and she provides guidance through the Institute's Executive Committee and as a mentor researcher.