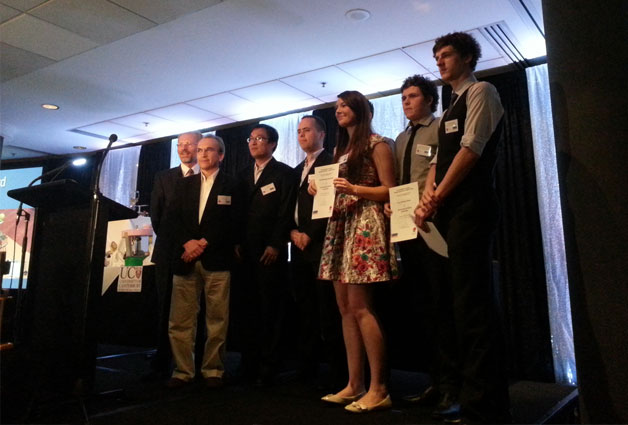 The Warman National Final was held from the 28 to 30 Sept 2012, at the Australian Technology Park in Sydney. The Warman Design and Build Competition has been run by the National Committee on Engineering Design since 1988, and requires competing second year university engineering students to design, build and prove a prototype system in a laboratory environment to perform a certain task.

Our UniSA team were very successful at the national final, winning the Judge’s Award for the most reliable and well performing device and fourth position overall out of 16 university teams across Australia and New Zealand. The team was also among the top four who scored 100 out of 100 in a single run in the competition. This is an excellent result for our university and one that our engineering students should be very proud of.

In 2011, our UniSA team secured second position, along with the Judge’s Award.

UniSA’s continual participation and achievement in the National Final clearly demonstrates the high quality of our mechanical engineering program and its strong commitment to educational development within the engineering discipline.

UniSA team during Judges Award presentation at the National dinner.