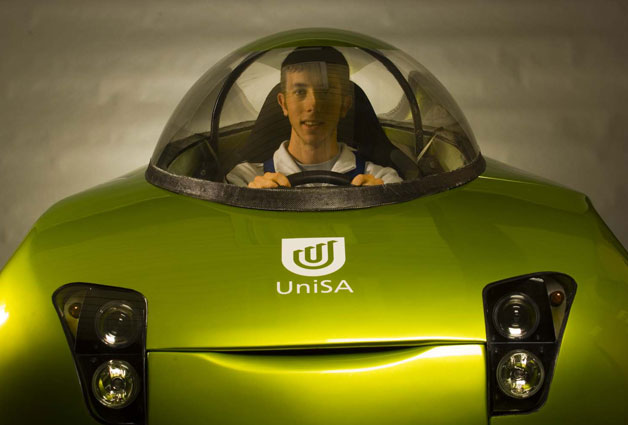 The episode features Robert Llewellyn, who is known for other shows such as Red Dwarf, Scrapheap Challenge and Carpool, speaking with project leader, Peter Pudney, and going on a drive around the Mawson Lakes campus.

The episode also featured the Zero Race expedition in which TREV went around the world competing with 40 other sustainable electric vehicles. The race started in Geneva and continued over 30,000km across 16 countries.

Watch the episode of Fully Charged

Host of Fully Charged features TREV on an episode of the online technology show.