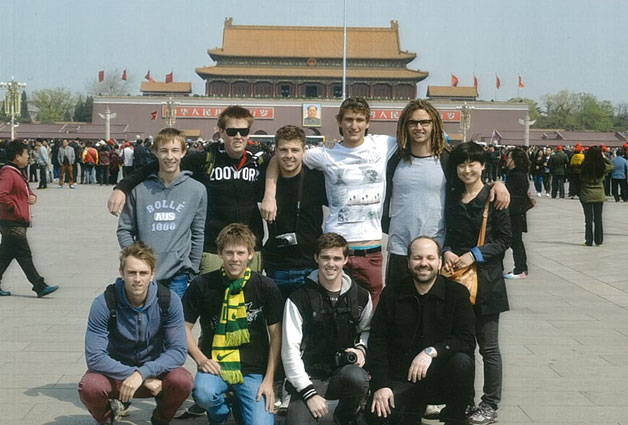 Eight UniSA first and second year Engineering students travelled to Beijing in April 2013 and met with ten Chinese Mechanical Engineering students from Beijing Jiaotong University to undertake a course in Operations and Project Management. The course was delivered by Dr Yousef Amer of the School of Engineering, UniSA, in an accelerate mode held over one week. Beijing Jiaotong University is ranked in the top 6% in China and UniSA students received financial support from the Australian Government and UniSA. There was also plenty of time for sightseeing and the study tour included a visit to Tiananmen Square, the Forbidden City and the Great Wall of China. It was a valuable learning experience and provided an opportunity for professional, cultural and knowledge sharing.