Why has the 21st century emerged as such a confronting, indeed oftentimes terrifying, world?  How did the late 20th century experience of consumer affluence and geopolitical stability transform so swiftly into 21st century social vulnerabilities and political uncertainties?

In this provocative conversation, acclaimed UK public intellectual Frank Furedi discusses with HRI Director, Professor Anthony Elliott these and other issues which dominate our lives in these times.  Ranging from the spread of new social risks to the globalization of terror, Furedi charts out a vision of a world in which people must struggle to reclaim their independence and freedom.

Co-presented with the Hawke Research Institute, as part of the Hawke InConversation series 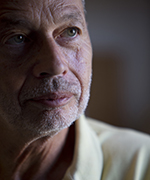 Frank Furedi is Emeritus Professor of Sociology, University of Kent and Visiting Professor, Institute of Risk and Disaster Reduction, University College London. During the past 15 years Furedi’s studies have been devoted to an exploration of the cultural developments that influence the construction of contemporary risk consciousness.

He has published widely about controversies relating to issues such as health, parenting children, food and new technology. His books include Invitation To Terror; Expanding the Empire of the Unknown (2007), The Culture of Fear (2003) and Paranoid Parenting (2001).