The Politics of Poverty

In the last two decades, the proportion of people living in extreme poverty has been halved, 17,000 fewer children die each day and millions more girls and boys are enrolled in primary school in developing countries around the world. Yet there is a looming threat that, if not addressed, stands to undermine and in some cases reverse this progress - extreme and growing inequality.

This pervasive economic inequality works to compound other inequalities, including between women and men. It also entrenches inequality from generation to generation as the richest can buy better education, healthcare and therefore opportunities for their children. Significantly, they can also buy political influence, giving them the opportunity to bend the rules in their favour and leaving the voices of the poorest unheard.

As an organisation working towards a world free from poverty, Oxfam is clear that it must tackle inequality as one of the key threats to our mission. To do this, we must complement and safeguard our direct work with poor communities around the world with advocacy to address the root causes of poverty at the national and global level. While we are fiercely non-partisan, this work is unashamedly political. It is about challenging the way in which power and resources are amassed because, quite simply, the issue of extreme poverty in a world of plenty is a political issue. 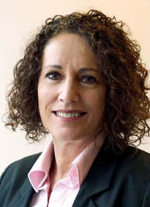 Helen Szoke commenced as Chief Executive of Oxfam Australia in January 2013. Prior to this appointment, Helen served as Australia’s Federal Race Discrimination Commissioner, following seven years as the Victorian Equal Opportunity and Human Rights Commissioner. She is currently Co-Chair of Make Poverty History, an ExCom member of ACFID, a member of the Deakin University Master of International and Community Development Advisory Board. She also sits on the Executive Board of Oxfam International. In 2011, Helen was awarded the Law Institute of Victoria Paul Baker Award for contribution to Human Rights. In 2014 she received the University of Melbourne Alumni Award for Leadership. Helen has extensive experience in management, community development, organisational development, consumer advocacy and regulation in the education and health sectors. She is a Graduate of the Australian Institute of Company Directors and a Fellow of the Institute of Public Administration.