Are you wearing a slave?

Podcast available HERE (22MB mp3 format)
2015 exhibition: Are you wearing a slave? An exhibition for the abolition of slavery

It is estimated that there are 27 million slaves in the world today. Reflecting on the 1948 UN Convention and other treaties against slavery, this public lecture examines networks of slavery in the Asia-Pacific, including those where Australians play a part.

It considers who is exposed to forced labour, what measures Australia and the International Labour Organisation (ILO) have taken, and what still needs to be done to address forced labour, servitude and slavery.

Roscoe Howell provides an evidence-based view of how slavery operates in Australia’s region. This explains how individuals and whole groups can be tricked or trapped into slavery.

This event marks the International Day for the Abolition of Slavery, and is co-presented by The Bob Hawke Prime Ministerial Centre and Slavery Links Australia Inc. 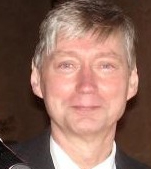 Roscoe Howell is the founding Director of Slavery Links Australia Inc. He is the author of Australians and modern slavery, which has a Foreword by The Hon Catherine Branson, QC, (former President of the Australian Human Rights Commission) and illustrations by Reg Lynch.

Roscoe encourages his audiences to use fair trade tea, coffee and chocolate on all occasions.  Fair trade products can cost a bit more than mass market products. But, he says, fair trade is a simple way to ensure we promote just working conditions back through the supply chain.