30 years on, do all South Australians really have a fair go?

2014 marks the 30 year anniversary of the Equal Opportunity Act 1984 (SA).  The Act has played an important role in promoting equality of opportunity for all South Australians.  The Act makes discrimination unlawful in public life if based on a person’s age, race, disability, sex, sexuality and a range of other personal characteristics.

To mark the occasion, the Equal Opportunity Commission in association with The Bob Hawke Prime Ministerial Centre, will be holding a Great Debate on Human Rights Day, 10 December.  The topic “30 years on, do all South Australians really have a fair go?” will be debated by:

Following the debate, an interactive online timeline of Equal Opportunity in South Australia will be launched by Minister Gail Gago.

South Australia has a history as a leader in equal opportunity and human rights.  The timeline shows significant dates in South Australia’s history related to equal opportunity from votes for women and the right to stand for Parliament in the 1800s, through prohibition of race discrimination in the 1960s and decriminalisation of homosexual acts between consenting adults in the 1970s, to the present day. 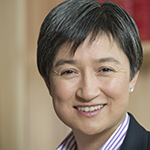 Penny Wong was born in the Malaysian state of Sabah. Her family moved to Australia in 1976, when she was eight years old, and settled in Adelaide.   Penny graduated in law and arts from the University of Adelaide. Before entering politics she worked for a union covering furniture industry employees, as a Ministerial adviser and as a lawyer. She was elected to the Senate for the Australian Labor Party in 2001.  With the election of the Rudd Government in 2007, she was appointed Minister for Climate Change and Water. After the 2010 federal election, Penny was appointed as Minister for Finance and Deregulation.  In 2013 she was elected Leader of the Government in the Senate and, after the change of government that year, she became Leader of the Opposition in the Senate – the first woman to hold both of these roles.  She is the Opposition’s Shadow Minister for Trade and Investment and a member of the Parliamentary Joint Committee on Intelligence and Security. 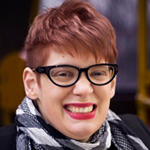 At 26, Kelly Vincent is Australia’s youngest female Parliamentarian, and is also the first member in the South Australian Parliament to use a wheelchair for mobility.

Kelly Vincent is passionate about serving her core constituency – people with disabilities, their carers and families, in addition to carrying out a full parliamentary workload across all portfolios.  Kelly’s background is in professional playwriting and performance and she’s active in the South Australian Arts community.  Kelly is a strong supporter of radical change in the way the needs of people with disabilities are met, and believes that the adoption of the NDIS (National Disability Insurance Scheme) is a true breakthrough for Australia.  Kelly Vincent and Dignity for Disability work energetically, effectively and mindfully, to make a real, lasting and positive difference for South Australians now and in the future. 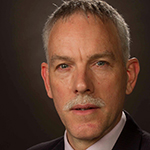 Michael O’Connell is South Australia’s Commissioner for Victims’ Rights, which is a position he has held since 2006 when he became the first such commissioner in Australia.  Before this appointment, he was that State’s first Victims of Crime Co-ordinator.  Previously, Michael served for over 20 years as a South Australia Police officer and during that period he became the inaugural Victim Impact Statement Co-ordinator.  He lectures locally, nationally and internationally on victimology and criminal justice (including crime prevention) and writes in these disciplines.  Further, Michael is a Life-member of the World Society of Victimology and its current Secretary-General.  In 1995 he was awarded the Australia Police Medal for his work with and for crime victims; he was a State finalist in the Australian of the Year in 2004; and, in 2010 Victim Support Australasia presented him their National Award in recognition of his outstanding leadership in advancing victimology and promoting victims’ rights. 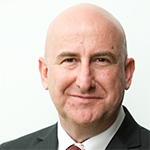 Judge Rauf Soulio was appointed to the District Court of South Australia in 2006. He is a member of the national Judicial Council on Cultural Diversity. He is the longstanding Chair of the Migrant Resource Centre of South Australia, and Chair of the Judging Panel of the Governor’s Multicultural Awards. He has previously served as Chair of the Australian Multicultural Council, and as a member of the national Aged Care Reform Implementation Council. In 2003 he was appointed as Honorary Consul-General for Albania in Australia. 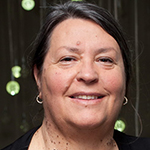 Irene Watson belongs to the Tanganekald and Meintangk First Nations Peoples whose lands are the Coorong and the south east of South Australia. Irene has worked as a legal practitioner and has been a member of the Aboriginal Legal Rights Movement SA since 1974. Irene has worked as an academic and researcher for many years and is currently an Australian Research Council Indigenous Discovery Awardee, and is located as a Professor of Law within the University Of South Australia College of Law. 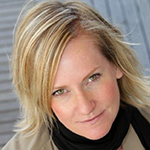 Tory Shepherd started out in anthropology studying UFO cults, which has put her in good stead for her current job as Political Editor of The Advertiser. She spends plenty of time writing about submarines, but her passions are really social justice, tackling faulty belief systems, and eating.

Information about equal opportunity and the Equal Opportunity Commission can be found at www.eoc.sa.gov.au .