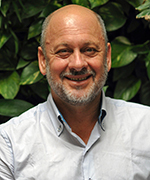 Tim Flannery is one of the world’s most prominent environmentalists. In 2007 he was named ‘Australian of the Year’, arguably Australia’s highest honour. He delivered the 2002 Australia Day Address to the nation. In 2013 he founded, and is now Chief Councillor, of the Australian Climate Council, Australia’s largest and most successful crowdfunded organisation. His latest book is ‘Sunlight and Seaweed.’ Text Publishing. 2017. 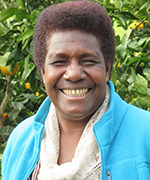 Born on Papua New Guinea’s Carteret Islands in the Southwestern Pacific, an area which is threatened by rising sea levels. She and her community are among the world’s first climate change refugees. Frustrated by inaction on the part of the Papua New Guinea (PNG) government, Rakova’s community took matters into their own hands and formed Tulele Peisa (“Sailing in the wind on our own”) –  a community-based organisation helping to relocate the Carterets’ population to safer ground.

In 2008, Ursula received the Pride of PNG award for her contribution to the environment. She is well respected for her integrity, commitment and conviction to building a strong, transparent, accountable and ecologically conscious civil society movement.