Join us for the screening of Paper Trails, a Compass produced movie about the life of Anne Deveson, followed by a Q&A discussion with Director, Sari Braithwaite.

Anne Deveson was a writer, broadcaster, Royal Commissioner, filmmaker and journalist. Anne was told she went after too many things – and rather than shy away from that instinct, she made a career out of it. In 2014, Anne had just been diagnosed with Alzheimer’s disease.

“One day someone will find me out. That I have trouble remembering the budget, that I haven’t a clue how much equipment we have, that I forget half the names of the people around the joint and that my mind is about as unfocussed as the Milky Way. It’s interesting that once you acquire a certain reputation it sticks with you, so that unless you do something really AWFUL, like stealing the cafeteria custard tarts or calling the Prime Minister a fuckwit, everyone assumes you are doing a splendid job.”

This was one letter, amongst hundreds and thousands of papers that we boxed up together for the National Library of Australia. Sari Brathwaite’s documentary Paper Trails is the story of packing up Anne’s life, while she prepares for the time when she can no longer live independently.

Anne was part of the last generation in possession of a full set of papers to bequeath to the public record. Organising a paper archive is an extraordinary process of patience. There are no search terms in the mountains of boxes, and some mysteries will never be solved, let alone noticed.

Alzheimer’s has no romance. It is cruel. At the end of Sari’s time filming, she felt that art played no part in trying to make sense of it. It took two years before she could look at the footage.

And now we have a film. 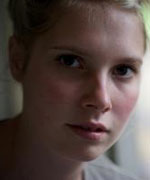 Sari Braithwaite is a documentary filmmaker drawn to bizarre true stories that reveal deeper truths about the world we live in. Her love of film, history and archive has led her to work as senior programmer for the Human Rights Arts and Film Festival, at the National Film and Sound Archive and as a research associate in Australian history at Monash University and University of Melbourne.