Join us for the launch of Eggshell Skull, the first book by Australian author and freelance writer Bri Lee.

Bri Lee began her first day of work at the Queensland District Court as a bright-eyed judge’s associate. Two years later she was back as the complainant in her own case.

This is the story of Bri’s journey through the Australian legal system: first as the daughter of a policeman, then as a law student, and finally as a judge’s associate in both metropolitan and regional Queensland, where justice can look very different, especially for women.

The injustice Bri witnessed, mourned and raged over every day finally forced her to confront her own personal history, one she’d vowed never to tell. And this is how, after years of struggle, she found herself on the other side of the courtroom, telling her story.

Eggshell Skull is a fierce and eloquent memoir that addresses both Bri’s own reckoning with the past as well as with the stories around her, to speak the truth with wit, empathy and unflinching courage. This book is a haunting appraisal of modern Australia. 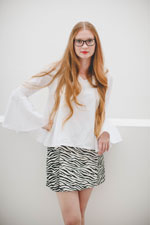 Bri Lee is a writer and editor whose work has been published in The Guardian, Griffith Review, the VICE network and elsewhere, and she regularly appears on ABC Radio. In 2016 Bri was the recipient of the inaugural Kat Muscat Fellowship, and in 2017 was one of Griffith Review’s Queensland writing fellows. She is the founding editor of the quarterly print periodical Hot Chicks with Big Brains, which has published nonfiction about women and their work since 2015. In 2018 Bri received a Commonwealth Government of Australia scholarship and stipend to work on her second book at the University of Queensland. She is qualified to practice law, but doesn't. 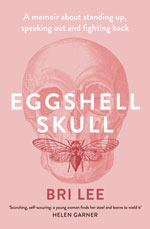 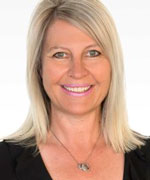 With a work history including being a waitress, lawyer and Taxation Office worker, some may say that it was a natural progression for Deb Tribe to find her way into the unusual world of radio.

Since taking to airwaves in September of 2003, Deb has gone from producing and presenting a program on 1062 ABC Riverland, to producing several shows at 891 and 'holding the fort' presenting a variety of programs whilst regular hosts are away on holidays or not feeling well.