Building on our collaboration with Adelaide Symphony Orchestra we continue our Art Talks Series to give you the chance to hear directly from the artists.

Hear from the creators and reflect on how their world generates ideas and solutions to achieve cohesive, sustainable societies. 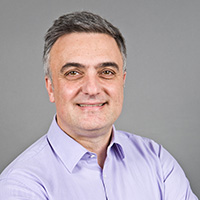 Vincent Ciccarello has been actively involved in classical music for almost 30 years. He studied piano and musicology at the Elder Conservatorium of Music at the University of Adelaide and became active in arts administration as manager of Elder Hall, the Adelaide Chamber Singers and Elder Conservatorium Youth Orchestra, before taking up the role of Orchestra Resources Manager of the Queensland Symphony Orchestra (1990-1994).

He left the QSO in 1994 and was appointed Head of Opera and Classical Music at the Melbourne-based theatrical agency, Performers Management.
He became a Trustee of the Brian Stacey Memorial Trust in 1996. Vincent subsequently owned and operated Fanfare Artist Management, representing classical music and music theatre artists across Australia and New Zealand (1994-2004).

Vincent was Chairman of the Australasian Classical Music Managers' Association from 2010 to 2014, when he resigned to accept the position of CEO of the Adelaide Symphony Orchestra. Over the course of his career, Vincent has written program or CD liner notes for Opera Australia, all the State symphony orchestras, ABC Classics and Universal Music. In addition to contributing to Soundscapes magazine, he has also given pre-concert talks for the Queensland, Melbourne and Adelaide Symphony Orchestras and the Australian Chamber Orchestra in Adelaide. 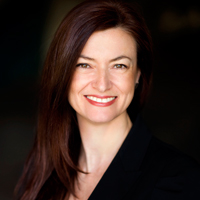 Kate Gould is an arts consultant and online business entrepreneur.

On 30 August 2018, Kate Gould was announced as the ASO’s Chair Designate. She will take up the role of Chair for Season 2019.

As Executive Director of Dark Mofo, Gould has contributed to the success of this new festival. Only five years old Dark Mofo now returns over $50 million in economic benefit to Tasmania each winter employing over 1000 people in 2017.

Kate Gould was the winner of her category of the 2009 Telstra Business Women’s Award (SA), and in 2012 lectured in the masters program at the University of South Australia. In 2014 Kate was noted by The Advertiser as “one of South Australia's most influential women”. 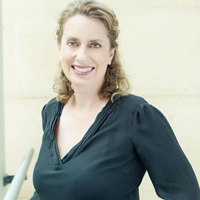 Joanne’s research focuses on the disciplinary sociology and directions of interior design as an expansive field of practice and research. She also works in the applied areas of continuing professional education for design practitioners and education policy for the design profession.  In 2016 she was inducted into Australia's Design Hall of Fame in recognition of her contributions to design policy, education and research.

Joanne has been the creative director for major practice-led design competitions and symposia at state, national and international level. Joanne has spoken at national and international conferences and is regularly invited to contribute to professional design journals. Joanne is highly engaged in national and international peak design bodies. She has been co-chair of the Global Interiors Education Open Forum (2011-2015) and Executive Board Member of the International Federation of Interior Architects/Designers (2011- 2014).  Joanne was National President of the Design Institute of Australia (2008-2010) and has been Australia's representative to the Global Design Network and the Asia Pacific Space Designers Alliance.
Joanne's qualifications include a Bachelor of Arts, a Bachelor of Arts (Interior Design), a Master of Architecture and a PhD.

Brett Dean studied in Brisbane before moving to Germany in 1984 where he was a permanent member of the Berliner Philharmoniker for fourteen years. He began composing in 1988, initially concentrating on experimental film and radio projects and as an improvising performer. Dean’s reputation as a composer continued to develop, and it was through works such as his clarinet concerto Ariel´s Music (1995), which won an award from the UNESCO International Rostrum of Composers, and Carlo (1997) for strings, sampler and tape, inspired by the music of Carlo Gesualdo, that he gained international recognition.

Now one of the most internationally performed composers of his generation, much of Dean’s work draws from literary, political, environmental or visual stimuli, including compositions inspired by artwork by his wife Heather Betts.  His music is championed by many of the leading conductors and orchestras worldwide, including Sir Simon Rattle, Andris Nelsons, Marin Alsop, David Robertson, John Storgards, Richard Tognetti and Simone Young.

In 2009 Dean won the Grawemeyer Award for music composition for his violin concerto The Lost Art of Letter Writing, and in 2016 was awarded the Don Banks Music Award by Australia Council. In December 2016 Dean's String Quartet No.2 "And once I played Ophelia" was awarded the Paul Lowin Song Cycle Prize. June 2017 sees the world premiere of Dean’s new opera Hamlet, with libretto by Matthew Jocelyn, at Glyndebourne Festival Opera, directed by Neil Armfield and conducted by Vladimir Jurowski.

Brett Dean is Artist in Residence with the Sydney Symphony from 2016 -2018, a position which involves conducting, performing and creative programming. He is the 2017-2018 Creative Chair of Tonhalle-Orchester Zürich, and the season also sees the world premiere of a new work by the Berliner Philharmoniker and Sir Simon Rattle.

Brett Dean is represented by Intermusica. The works of Brett Dean are published by Boosey & Hawkes.

Adelaide Symphony Orchestra Principal Conductor Nicholas Carter is the first Australian to be appointed to one of the six major state orchestras in nearly 30 years and is establishing a reputation as a conductor of exceptional versatility, equally at home in the concert hall and the opera house, and fluent in a diverse repertoire. Nicholas has recently been appointed Chief Conductor of the Stadttheater Klagenfurt and the Kärntner Sinfonieorchester, a position which he will take up in September 2018, and has extended his relationship with Adelaide Symphony Orchestra through to the end of calendar year 2018. From 2014-16 he was Kapellmeister and musical assistant to Donald Runnicles at the Deutsche Oper Berlin.

Originally from Toronto and later based in France, Matthew Jocelyn is an internationally acclaimed producer and director of theatre and opera as well as arts administrator and educator. He was the Artistic and General Director of the Atelier du Rhin in Alsace, France for 10 years. Under his leadership, he was responsible for establishing the organization as a major centre for theatre, opera and contemporary dance - the only multi-disciplinary artistic centre of its kind in France. In addition to his administrative and financial roles, he directed a number of productions at the Atelier du Rhin.

He is a recipient of the Chevalier des Arts et des Lettres (French Ministry of Culture) and an Honorary Doctor of Laws degree from Mount Allison University (May, 2015), in recognition of his significant contribution to theatre in Canada and internationally. He was appointed Artistic & General Director of Canadian Stage in February 2009.

ASO Composer-in-Association, Catherine Milliken, in conversation with ASO Concertmaster Natsuko Yoshimoto and soprano Jessica Aszodi on the place of the composer and new work in the orchestral space in the 21st century. 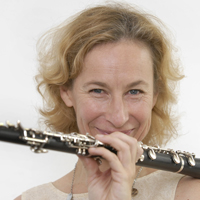 Catherine (Cathy) Milliken studied in Australia, majoring in performance (piano and oboe). A founding member of the Ensemble Modern, Germany, she has worked with such musicians as György Ligeti, Karlheinz Stockhausen, Pierre Boulez, Sofia Gubaidulina and Frank Zappa and performed with the ensemble in all major contemporary music venues throughout the world. Her recording of Spiral with Karlheinz Stockhausen (Stockhausen Verlag 45) is of special note.

She has composed for concert, opera, radio, film and commissioners include: South Bank Centre London, Arte TV, the Berliner Staatsoper, Musica Viva of Bayrischer Rundfunk Orchestra as well as Concerto Köln and Ensemble Resonanz. She received the prestigious Prix Italia twice, as well as Prix Marulic, the German Critics Award and was a recent finalist for the Mario Merz and Paul Lowin prizes. She won the Australian Art Music Award 2016 for her orchestral work Earth Plays.

She is also a versatile performer known for her sonic improvisations and compositional approach using oboe and voice performing in multi disciplinary contexts and collaborative contexts. She is currently a member of the Ensemble Extrakte, Berlin, a group known for transcultural musical performance.

She divides her time between Berlin and Brisbane as a free-lance composer, performer, educator and creative director. 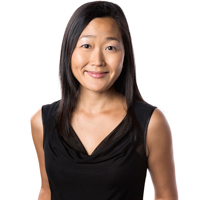 Born in Japan, Natsuko Yoshimoto began playing the violin at the age of three. She studied at the Yehudi Menuhin School and Royal Northern College of Music in England and the Curtis Institute of Music in Philadelphia.  She received direct guidance and teaching under Lord Menuhin and Wen Zhou Li.

She has won many awards and prizes in international competitions including the Gold Medal in both the prestigious 1994 Shell/London Symphony Orchestra Competition and the Orchestra Ensemble Kanazawa Award. In 2007 Natsuko was presented with the Iwaki Award for outstanding achievement as a Japanese artist.

Natsuko is the Concertmaster with the Adelaide Symphony Orchestra. She frequently guests as a Concertmaster with other major orchestras in Australia and Asia. She was the leader of the Australian String Quartet and then the Grainger Quartet until the end of 2008. She continues to perform chamber music as a guest artist with various groups and musicians.

She has given many world premieres of works by Australia's most prominent composers and has recorded for Virgin Classics, ABC Classics, Melba Records and Tall Poppies. 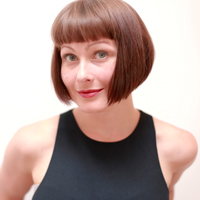 “The result for listeners is a delight… It’s refreshing to see an Australian vocal soloist of Aszodi’s generation, a fiercely independent artist, creating a cornerstone recording...” Limelight, 2017 (Album review - Prayer for Nil)

In Jessica Aszodi’s genre-bounding and label-defying career, her “..thrilling..” (LA Times) and “..intense..” (NY Times) performances have aided her reputation as  “one of the finest actress-singers in the country” (The Age).  Aszodi has premiered dozens of new pieces, performed works that have lain dormant for centuries, devised new collaborative projects, sung roles from the standard operatic repertoire and worked with a constellation of artists from the far reaches of the musical palette.

She has been a soloist with ensembles as diverse as ICE, the Melbourne, Sydney and Adelaide Symphony Orchestras, Pinchgut Opera, Victorian Opera, Sydney Chamber Opera, and in the chamber series of the San Diego and Chicago Symphony Orchestras. She can be heard on recording for Chandos, Ars Publica and Hospital Hill.

Jessica has sung in festivals around the world including Vivid Sydney, the Melbourne and Adelaide Festivals, BIFEM, Aldeburgh, Tectonics and Tanglewood. Her operatic roles include Eve (Stockhausen’s Dienstag aus Licht), Socrates (Satie’s Socrates), Aminta (Mozart’s Il re pastore), Elvira (Don Giovanni), Sesto (Guilio Cesare), Popova (Walton's The Bear), Rose (Elliot Carter's What Next?) and Echo (Ariadne auf Naxos). Her early training was in operatic voice at the Victorian College of the Arts under the tutelage of Anna Connolly.

Aszodi has twice been nominated for the Australian Greenroom Awards as ‘best female operatic performer’ - in both leading and supporting categories. She is co-director of the Resonant Bodies Festival – Australia, and an artistic associate of BIFEM. She holds a Doctorate from the Queensland Conservatorium and has written scholarly articles in several books and academic journals.