Join World Vision Ambassador, The Rev Tim Costello AO,  to discuss the question: How are we going to build a better future together with the humanitarian entrants we are welcoming to our shores? Building a better future implies change to existing policies and practice. Such change will impact how we work with refugee families, local communities, governments, NGOs and the global community.

Refugees arriving in Australia bring with them a vast array of skills and a desire to contribute. How can we better facilitate their contributions towards building stronger communities? Government and NGO’s need policies and leadership that supports settlement and community integration and provides adequate responses to global dislocation.

In Tim’s view much more needs to be done about integration and settlement. He believes we shouldn't dismiss community worries about refugee youth and we should be concerned about traumatised children and their families. With vision and ethical, effective leadership we can change. This event will focus on pivotal conversations around migration that are currently shaping our collective future. 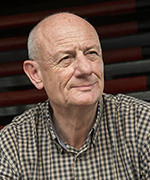 The Reverend Tim Costello AO is one of Australia’s best known community leaders and a sought after voice on social justice issues, leadership and ethics.  For 13 years until October 2016, Tim was Chief Executive of World Vision Australia, placing the challenges of global poverty on the national agenda. In his current role as Chief Advocate, Tim continues to use his public profile to affect change.

In addition Tim is Chair of the Community Council of Australia, and is a member of the following: the Multi-Stakeholder Steering Committee of the EU-Australia Leadership Forum; Australian National Development Index; Concern Australia Advisory Group and the Campaign for Australian Aid. Tim is a founding board member and spokesperson for the Alliance for Gambling Reform, which campaigns for law reform to prevent harm from poker machine gambling. In earlier roles Tim was National President of the Baptist Union of Australia and Mayor of St Kilda. He has been Baptist Minister at St Kilda Baptist and Collins Street Baptist in Melbourne, as well as Executive Director of Urban Seed. In these roles he spearheaded public debate on problem gambling, urban poverty, homelessness, reconciliation and substance abuse.

Initially Tim studied law and education at Monash University, followed by theology at the International Baptist Seminary in Rueschlikon, Switzerland. He also received a Master’s Degree in Theology from the Melbourne College of Divinity. In 2006 Tim was named Victoria’s Australian of the Year, in June 2005 was made an Officer of the Order of Australia (AO); in 2004, was named Victorian of the Year; and in 1997 was named as one of Australia’s 100 National Living Treasures.

His books include Faith (2016), Hope (2012), Another Way to Love (co-edited with Rod Yule); Streets of Hope: Finding God in St Kilda; Tips from a Travelling Soul Searcher; and Wanna Bet? Winners and Losers in Gambling’s Luck Myth (co-written with Royce Millar).

Tim Costello to take up new role as Chief Advocate for World Vision Australia
Twitter: @TimCostello
Thank God The Churches Found Their Voice At The Right Time
After The Last Famine In Africa The World Said 'Never Again'. Yet Here We Are, Again
Australia Must Play Its Part In Agitating For Peace In Syria
Looking At The Bigger Picture In Mosul
Talking Justice: Equality in an Unequal World - Tim Costello
Tim Costello - An African Story 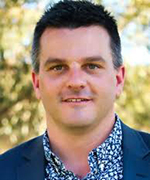 Brad Chilcott is the founder of “Welcome to Australia” a movement committed to cultivating a culture of welcome in Australia.

In a just a few years, Welcome to Australia grew from a nice idea into an influential national movement with more than 80 celebrity and high-profile Australian ambassadors, a significant mainstream media presence, huge social media impact and an annual event (Walk Together) taking place in 29 cities and regional centres on the same day across Australia involving tens of thousands of people.

From mid-2015, Brad worked as a consultant to World Vision with a focus on developing their 'elite influencers' strategy, in partnership with the Campaign for Australian Aid , which involved many significant political, business and entertainment figures in the promotion of Australian Aid for the first time.

In addition to these roles, Brad serves on the Boards of ReconciliationSA, RESULTS International (Australia), Common Grace and Food for Education (Kenya), helped in the establishment of and manages an ongoing partnership with a school for stateless children in Cambodia, leads the Activate Church in Adelaide, and in December 2015,  donated a kidney to his son Harrison, in what was Harrison's 16th surgery in his 8 years of life.

Twitter: @bradchilcott
Welcome to Australia
Opinion: For all the despondency of 2016, hope reigns for many of us
Opinion: Please free my friend from the perpetual limbo of a temporary protection visa 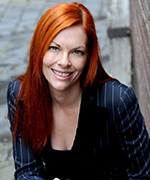 Kirsten has been Chief Executive Officer of the Australian Refugee Association (ARA) since 2014. During that time, she has developed strategic partnerships with a range of organisations to enable the best service delivery to people of a refugee background. With a proven track record spanning over 15 years in the not for profit sector; Kirsten has a wide ranging background in management, stakeholder relationships, program development, strategic planning and risk analysis.  She has extensive experience in the humanitarian sector and firmly believes in the benefits for all of an inclusive and harmonious multicultural society.

Prior to her role at ARA Kirsten had various roles within the not for profit sector including Chief Executive of Doxa Youth Foundation. She has held Senior Management positions with St Vincent de Paul and Good Shepherd Youth and Family Services and worked for the Lord Mayor’s Charitable Fund in Melbourne. Kirsten co-founded a not for profit women’s CEO network, is a Fellow of the Governor’s Leadership Program and attended Harvard University’s Executive Program Strategic Leadership in Not for Profit Management. 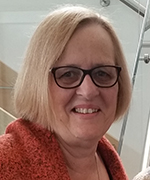 Helen Lockwood is the Director of Lutheran Community Care an NGO that has effectively engaged with humanitarian entrant resettlement programs for many years and manages the innovative FamilyZone Hub at Ingle Farm. This initiative, developed as a Communities for Children activity engaging with young families at risk of vulnerability, has worked extensively with refugees from many countries, including a large number from Afghan and African communities. The hub provides a space for children and parents to interact and play together, take part in the many learning activities on offer and experience face to face interaction with people from other cultures. Lutheran Community Care’s vision of building strong caring communities underpins the work of welcoming and supporting new arrivals.

Helen believes we are all responsible for creating a welcoming community working together to encourage a vibrant culture which is respectful of all cultures. Helen is also a member of the Australian Churches Refugee Task Force. 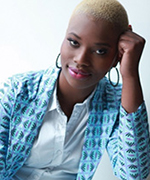 Khadija Gbla was born in Sierra Leone, spent her youth in Gambia, and as a teenager put down roots in Australia. She uses her cross-cultural heritage to promote understanding in both directions.

Khadija Gbla was just 3-years-old when the war broke out in her country, Sierra Leone. While her family initially escaped to Gambia, 10 years later they attained refugee status and resettled in Adelaide, Australia. The transition was complex—Khadija experienced racism, illness and depression—but threw herself into her education. She discovered that she had a unique talent: the ability to translate across two very different cultures.

Khadija first used this talent as a peer educator for South Australia’s Women’s Heath Statewide program, where she talked to health professionals about female genital mutilation — helping them understand what it is, where it happens, and the cultural beliefs that surround it. She’s since used her multicultural voice to offer advice on policy through South Australian Government Minister’s Youth Council, to organize camps and activities for newly-arrived refugees and to raise awareness about both sexual and mental health issues among her peers. She has represented Australia in the international arena at the Harvard National Model United Nations, Commonwealth Youth Forum and Australian and Africa Dialogue, and speaks regularly at a wide variety of events to make sure that her perspective is heard.

She is currently CEO of Khadija Gbla Consultancy and Director of NoFGM Australia - working to abolish female genital mutilation in Australia.