Maggie Beer and Professor Ralph Martins have teamed up to fight one of the most debilitating diseases of our later years. Based on the latest scientific research, Maggie has created more than 200 recipes that help provide the nutrients we need for optimum brain health. More than one million Australians are affected every day by Alzheimer’s or its impact on their family but the good news is that you can eat well to age well, from this moment on. 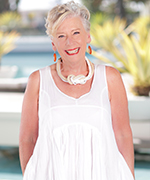 A respected mentor to many, Maggie Beer is celebrated for her entrepreneurial skills and natural leadership abilities in the gourmet food arena. Maggie’s fame has been built on a career that spans farming, food production, exporting, food writing and television presenting.

Maggie Beer’s many cookbooks include Maggie’s Harvest, Maggie’s Kitchen and Maggie’s Verjuice Cookbook. As well as overseeing Maggie Beer Products in the Barossa Valley, SA, Maggie appears as a judge on The Great Australian Bake-Off and heads up the Maggie Beer Foundation committed to providing a good food life for all. 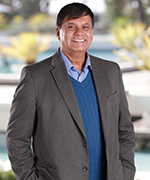 Professor Ralph Martins is a Professor of Neurobiology at Macquarie University, NSW, and Foundation Chair in Aging and Alzheimer’s Disease at Edith Cowan University, WA.

“I first became interested in Alzheimer’s research when my father-in-law, George, was diagnosed with the disease in his sixties. It was heartbreaking to watch as George transformed from an intellectual giant to someone totally dependent on care in just six short years. It made me determined to fight this devastating disease and thirty-three years later, I am still working towards diagnosing, preventing and effectively treating Alzheimer’s." 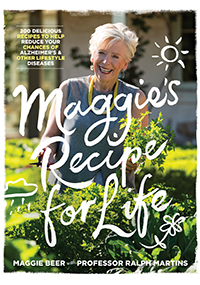 “To have a healthy old age you must act now, whether you are 30 or 50.“I have two great passions – sharing my love of cooking delicious simple food and improving the health and nutrition of older people. I hope this cookbook does both but it’s not for ‘old’ people, it’s for you. I have been delighted to work with leading Alzheimer’s researcher Professor Ralph Martins in recent years and I have learned that if we are to avoid Alzheimer’s and other lifestyle diseases it is what we eat today that matters.“These are my recipes for every day, for everybody, full of deep flavours and beautiful ingredients that will nourish you and your family. Nobody wants to eat worthy food that tastes like cardboard. For me, food without flavour is unthinkable! And so is the notion of restricting whole food groups. My recipe for life is to have a healthy attitude to eating – it’s all about balance, variety and choosing foods that give you the best chance of being in good health now and into your future.