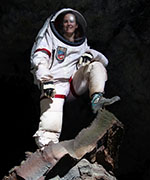 Carmel Johnston served as the Crew Commander of the HI-SEAS - 366 Day Simulated Mars Mission – run by the University Of Hawaii and funded by NASA. The Mission required herself and five other people to live in complete isolation for an entire year.

With a Masters of Science in Land Resources and Environmental Sciences from Montana State University, she was able to apply her passion for science and sustainable living to growing fresh vegetable for the crew. Now that she is out of the dome, she is taking full advantage of being able to run, hike, swim, and play outside in her hometown in Montana. 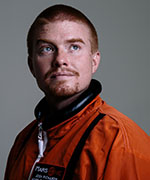 Physicist, Explosives Engineer, Soldier, Comedian, Astronaut Candidate – one thing Josh Richards can never be accused of is being boring. In the last decade he’s picked up booby traps with the Australian Army, slogged through mud with British Commandos, been science adviser to the richest artist in the world, and performed comedy wearing a giant koala suit to confused audiences around the world.

Josh found his true calling in 2012 when he discovered the Mars One project.

Selected from over 200,000 applicants, he's currently one of 100 astronaut candidates short-listed to leave Earth forever to colonise Mars in 2031. 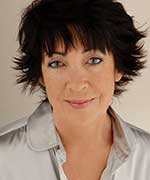 Angela Catterns is a well-known and much admired Australian media personality and radio presenter. Best known for her work on Australian radio, Angela has presented Mornings on Triple J, the National Evening Show on ABC Local Radio, and Breakfast on 702 ABC Sydney.

Angela currently freelances as an interviewer and presenter, voice-over artist, and MC. She regularly teams up with Australian humourist and broadcaster Wendy Harmer to create podcasts. Angela is also an independent podcast producer, short story and feature article writer, and is currently collating a collection of memoirs from her career.

Recent Press: What it’s like to spend a year pretending to live on Mars