A Journey to Justice

Professor Baz Dreisinger has visited prisons in nine countries to rethink the state of justice in a global context.  In this forum, she will talk about her prison journey - sharing the diverse views on what 'justice' is, and a wide range of approaches to crime and punishment from across the world. This includes looking into the human stories of incarcerated men and women and those who imprison them, creating a jarring, poignant view of a world to which most are denied access, and a rethinking of the modern prison complex.

Professor Dreisinger will be joined by University of South Australia's Professor Rick Sarre and Dr Heather Anderson, who will share her local knowledge and experience working with women on the unique and personal radio broadcast: Radio Seeds. This broadcast has been designed to educate the community and raise awareness about the challenges faced by women when they are first released from prison. 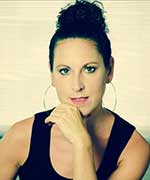 Professor Baz Dreisinger works at the intersection of race, crime, culture and justice. Her book Near Black: White-to-Black Passing in American Culture (University of Massachusetts Press, 2008) was featured in the New York Times Book Review and on National Public Radio. 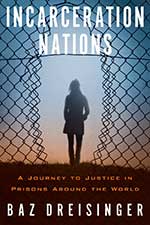 Together with Oscar-nominated filmmaker Peter Spirer, Professor Dreisinger produced and wrote the documentaries Black & Blue: Legends of the Hip-Hop Cop, which investigates the New York Police Department’s monitoring of the hip-hop industry, and Rhyme & Punishment, about hip-hop and the prison industrial complex.

Professor Dreisinger's book Incarceration Nations: A Journey to Justice in Prisons Around the World was published in 2016 and was heralded by the New York Times,
Washington Post, NPR and many more.

Professor Dreisinger was named a 2017-2018 Global Fulbright Scholar and is working to internationally replicate the Prison-to-College Pipeline, with a focus on the Caribbean and South Africa. She is currently working on a road map for how prison-to-college pipelines and restorative justice can replace mass incarceration as a system of justice. 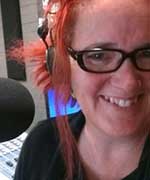 Dr Heather Anderson is a journalism lecturer and media studies academic with a strong interest in both alternative media and media representations of minority voices. She has been involved in community radio since the early 1990s as a journalist, documentary maker, producer, trainer and director.

Heather's PhD research focused on the ways community radio around the world works with prisoners and investigated the benefits of such  programming, culminating in her first book, Raising the Civil Dead: Prisoners and Community Radio, published by Peter Lang in 2012.

Her current research includes a project with Seeds of Affinity exploring the benefits of radio as community development for women of lived prison experience and an internal radio project at Mobilong Prison, to test radio as a means of supporting prisoner induction processes.

Heather is also the Volunteer Coordinator for UniCast, an internet radio station based at the Magill campus.She is an on the Editorial Board for the journal Media International Australia, and a grants assessor for the Community Broadcasting Foundation. 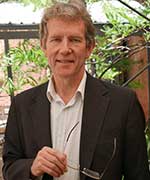 Rick Sarre is a Professor of Law and Criminal Justice in the School of Law, University of South Australia. He has degrees from Adelaide, Toronto, Canberra, and Umeå, Sweden.

He is the immediate Past President of the Australian and New Zealand Society of Criminology, a position he held for four years. He served six years as Chair of Academic Board of UniSA. He has enjoyed teaching criminal justice in the USA, Hong Kong, and Sweden.