Humanitarians in the Front Line of Technology

Drones, robots, Facebook, Twitter and other social media and technology are increasingly used by civilians, NGOs, military and the United Nations; are humanitarians keeping pace?

In the front-line of humanitarian work drones and social media are creating many challenges on an uneven playing field. Humanitarians need to ensure people in need of assistance are not left behind on the technological journey.

Peter Smith will comment on their contributions and identify issues for discussion about how to move forward on the use of drones and technology in humanitarian settings.

Contributors will address issues including; can technology be used without creating harm for those in need of international protection? How can the use of new technology be in sync with international humanitarian and human rights law?  Does technology weaken the humanitarian imperative or breach the ‘do no harm’ principle?  What needs to be done to equip NGOs and UN agencies to handle technological advancement?

This presentation and discussion will identify how technology can keep people better protected and ensure the safety and dignity of those most in need of assistance at the forefront. 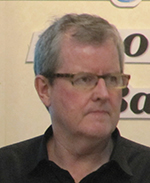 Paul White is an Adelaide lawyer who started working internationally in 2002.  In August 2006, he joined the UN Interagency Protection Project (PROCAP) and since has been deployed to various UN agencies including United Nations High Commissioner for Refugees (UNHCR), United Nations Children's Fund (UNICEF), World Food Programme (WFP), Office of the United Nations High Commissioner for Human Rights (OHCHR) and United Nations Office for the Coordination of Humanitarian Affairs (OCHA).  The Project which has support from a wide variety of donors including Australia, USAid, Department for International Development (DFID), Canada and Europeans, is administered by the Norwegian Refugee Council (NRC).  As a Senior Protection Officer he is assigned to work with the UN agencies primarily to build capacity and to provide strategic advice.

Paul has most recently returned from an assignment with WFP in Rome, where he was part of the WFP Working Group looking at the implications of the use of drones in humanitarian operations.   Previously he worked with OCHA in the Syrian operation and UNHCR in Iraq, where he spent 6 months in Baghdad until he was evacuated and 6 months in Dohuk, in the Kurdish Region of Iraq near the border with Syrian and Turkey.

Paul has previously been deployed to South Sudan (WFP), Myanmar (UNHCR), Nepal (UNHCR), Uganda (UN OHCHR) and Sudan (UNICEF).  As a PROCAP he has also worked in a regional role in Bangkok and at global level based in Rome with WFP.     Amongst other things he has worked on a variety of issues including female genital mutilation, statelessness, durable solutions, protection in food security and established or led Protection Working Groups and Protection Clusters in several places. 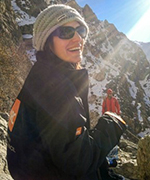 Noosheen Mogadam was the Protection and Advocacy Advisor for the Norwegian Refugee Council (NRC) Syria Response Office until 2016. She performed this role for over two years. Prior to joining the Syria response, Noosheen assisted in setting up NRC’s Afghan Refugee Response operations in Tehran, Iran, managing the Protection and Advocacy portfolio as well as the Information, Counselling and Legal Information Programme across four provinces for more than two years. Noosheen has a Master of Laws from Monash University in Australia, working as a legal practitioner in migration and refugee law as well as policy, for over seven years. 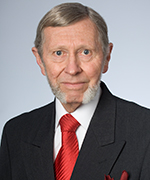 Peter Smith is a former Pro Chancellor of University of South Australia and Deputy Chair of the SA Vocational Education and Training Board .  His professional career has focussed on aerospace and defence including roles as Managing Director of British Aerospace Australia and Chair of the Australian Association of Aerospace Industries.  In recent years he has acted as a strategic consultant to governments, companies and industry associations and has  served on a wide range of industry and government boards and committees including chairing the Sustainable Regions committee for self-sustaining economic, environmental and social development in lower socio-economic areas in South Australia.

More recently he has been deeply involved in developing strategies for the civil and military use of unmanned air vehicle systems (UAS).  He was Chair of Aerosonde, Australia’s only significant manufacturer of UAS, Deputy Chair of the Australian Association for Unmanned Systems, and a Director of the Washington based Association for Unmanned Vehicle Systems international.   He has lectured and participated in senior workshops on the future use and social implications of UAS in Australia, the United States and South East Asia.  He has also worked actively on the humanitarian and social development applications of UAS in the South Pacific, taking part in conferences and flight trials in Palau, the Solomons and New Zealand.  He has also been active in assessing means of minimising terrorist other unlawful uses of UAS.