Gender Pay Equity: <bR>How do we make it happen?

On 13 September the continuing gender pay gap will be discussed by an expert panel presenting the facts about gender pay inequity in Australia.

Equal Pay Day is calculated annually to reflect the gender pay gap – the extra days the average woman needs to work to earn the equivalent income the average man earns by 30 June each year.

Australia’s national gender pay gap is calculated annually by the Workplace Gender Equality Agency, with Equal Pay Day to be held on Monday 4 September 2017. The gap was 16% in 2016 and hovered between 15% and 19% for the past two decades.

Australia was 15th on the World Economic Forum’s Global Gender Gap Index in 2006, and since then we have fallen behind dramatically: 36th in 2015, 46th in 2016.  Where will we be in 2017? We’re well behind every country in Europe and behind the United States, New Zealand, Rwanda and Mozambique.

Given we have legislation, policies and court decisions that are meant to prevent discrimination against working women, excellent data from the Workplace Gender Equality Agency, and the highest education attainment levels for women globally, why is gender pay equity so hard to achieve?   And what is holding us back? Our panel will present the data, explore the reasons and discuss where we can go from here.

Association of Industrial Relation Academics of Australia and New Zealand 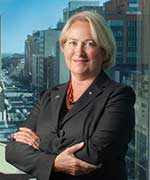 Barbara Pocock is Emeritus Professor at the University of South Australia. She established and was Director of the Centre for Work + Life at the University of South Australia 2006-2014. Barbara initially trained as an economist and has been involved in policy, research and advocacy about working life for over thirty years.  She has worked in universities, the Reserve Bank, farming, unions, government, advising politicians and as a carer.  She has served on a variety of Boards including the Economic Development Board of SA (2011-2016), The Australia Institute (2004-2016), The Festival of Ideas, the Australian Institute of Family Studies

Barbara will reflect on how far we have come in the past 30 years, and some of the barriers that have stood, and continue to stand, in the way of gender pay equity. 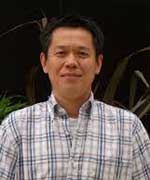 Dr Yoshio Yanadori is a Senior Lecturer at the UniSA Business School. Before joining UniSA, he was a faculty member at the University of British Columbia, Canada, and earned his PhD in Human Resource Studies from Cornell University, USA. His research interests include diversity management, compensation management, and human resource management in multinational corporations. Yoshio is a member of the data consulting group of Australia’s Workplace Gender Equality Agency, and previously served as an officer of the Human Resource Division at Administrative Science Association of Canada.

Yoshio will present recent academic research findings about gender inequity in the workplace. 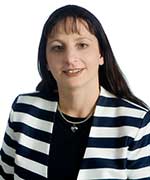 Elena Rorie a member of the Centre for Workplace Excellence at the University of SA, a Certified HR Professional of the Australian Human Resources Institute and an Associate Fellow of the Australian Institute of Management.  She has more than 15 years’ strategic and operational experience as an HR Manager and Consultant nationally and internationally. Elena holds a Masters in HR Management from UniSA and a Bachelor in Social Communication and Public Relations from Romania.

Elena serves on the BPW Australia Board as Director of Policy, and is responsible for BPW’s national advocacy on matters of importance to working women. She understands the many challenges that women need to overcome to achieve gender equality and maintain a reasonable work-life balance, while continuing to develop their professional careers.

Elena will speak about the practical aspects of implementing gender pay equity, particularly in the private sector 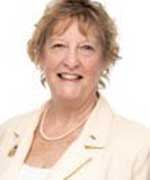 Dr Jean Murray is an Adjunct Academic in the Medical School of Flinders University, and delivers leadership training for the Flinders Gender Consortium International Capacity Building Fellowship program and the University of Adelaide Executive Education program. Jean has a Master of Health Management and a Doctorate of Public Health. She is active in women's policy at state, national and international levels. For many years Jean was a bioethics policy advisor to state and national governments, and has served on the Boards of the Australasian Association for Bioethics and Health Law, BPW Australia and BPW International, and a number of health and education boards and government advisory committees.

Jean will be facilitating the panel discussions and audience questions.