An initiative from United Nations Association of Australia, South Australia and co-presented with the Women's International League for Peace and Freedom, this event will examine the recently adopted UN Treaty on the Prohibition of Nuclear Weapons.

Since the world first witnessed the devastating power of nuclear weapons, many have waited for a global treaty to ban nuclear weapons, with the hope that this will eventually lead to the elimination of all nuclear arms.

The very destructiveness of nuclear weapons makes them unusable for ethical and military reasons, which is why the world has placed growing restrictions on a full range of nuclear programs and activities. Despite these, the five Non-Proliferation Treaty (NPT) powers are failing to disarm and other countries are acquiring the bomb – meaning that arms control efforts have stalled, while the nuclear risks continue to climb. At the same time, public awareness of the catastrophic humanitarian consequences of nuclear war has grown. These factors have encouraged the UN to move to adopt a new treaty to ban the bomb.

Earlier this year, delegates from 122 countries voted in favour of a treaty that would ban the development, testing, building, acquisition, possession, transfer or threatened use of nuclear weapons. The treaty will enter into legal force if 50 states ratify the deal.

This event will outline the significance of the treaty, and the challenges for both supporters and proponents of the treaty. Our speakers will explain how the treaty is likely to have a significant normative impact - stigmatising the possession, use and threat of use of nuclear weapons. They will also examine how the treaty may serve as a tool for civil society – mobilising domestic and world public opinion against the doctrine of nuclear deterrence. 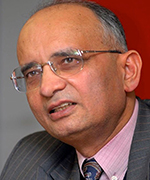 Ramesh Thakur is Director of the Centre for Nuclear Non-Proliferation and Disarmament and Professor in the Crawford School of Public Policy, The Australian National University. He was formerly Senior Vice Rector of the United Nations University (and Assistant Secretary-General of the United Nations). Educated in India (BA Hons, University of Calcutta) and Canada (MA, PhD, Queen’s University in Kingston, Ontario), he has held fulltime academic appointments at the University of the South Pacific in Fiji, University of Otago in New Zealand. University of Waterloo in Canada, and the Australian National University. He has also served as a consultant/adviser to the Australian, New Zealand and Norwegian governments on arms control, disarmament and international peace and security issues.

Professor Thakur was a Commissioner and one of the principal authors of The Responsibility to Protect, and Senior Adviser on Reforms and Principal Writer of the United Nations Secretary-General Kofi Annan’s second reform report. He was a Distinguished Fellow of the Centre for International Governance Innovation and Foundation Director of the Balsillie School of International Affairs in Waterloo, Ontario. He is presently Co-Convenor of the Asia–Pacific Leadership Network for Nuclear Non-Proliferation and Disarmament (www.a-pln.org), an 85-strong nuclear policy advocacy group that includes several former prime ministers, foreign and defence ministers, foreign secretaries, military chiefs and United Nations under-secretaries-general from Asia–Pacific. 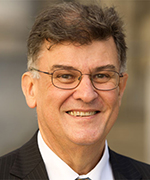 In 2017, Lynn Arnold was appointed UNAA Ambassador for the promotion of Sustainable Development Goals. A long time member of the UNAA (SA), he has been State President in South Australia from 1975-78 and one of the national vice-presidents during that time.

Prior to embarking on the road to ordination, he was Chief Executive Officer of Anglicare SA from 2008 to mid-2012. In this role, Lynn was responsible for overseeing South Australia’s largest non-government agency promoting ‘justice, respect and fullness of life for all’.

Between 1979 and 1994 he served as a member of the South Australian Parliament including over 11 years in Cabinet.  His service in government included ten years serving in a wide range of senior ministries (including Education, State Development and Agriculture), he also served as Premier in 1992-1993.